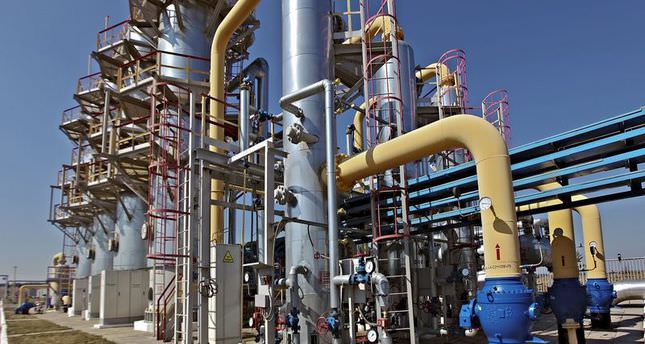 by Aug 27, 2014 12:00 am
Ukrainian Prime Minister Arseny Yatseniuk said on Wednesday that Kiev knew of plans by Russia to halt gas flows this winter to Europe, in comments which are likely to escalate the standoff between Moscow and the West.

Russia halted gas supplies to Ukraine in June over a gas pricing dispute, but it has continued supplies to Europe, its largest market.

"The situation in (Ukraine's) energy sector is difficult. We know of Russia's plans to block (gas) transit even to European Union countries this winter," he told a government meeting.

Yatseniuk did not say how he knew about the Russian plans.

Russian gas supplies via Ukraine to Europe were disrupted in the winters of 2006 and 2009 because of pricing disagreements between Russia and Ukraine.

The latest gas pricing dispute is closely intertwined with a bigger standoff between Moscow and Kiev.

Ukraine's Moscow-leaning president Viktor Yanukovich fled his country following weeks of street clashes by people angry that he had rejected an association agreement with the European Union.

Moscow subsequently annexed Ukraine's Crimea peninsula in March, while pro-Moscow separatists have staged an insurgency in the east of the country.

The area where the fighting is concentrated, known as the Donbass, is a major source of coal for Ukraine.

Yatseniuk said the government has been trying to diversify coal supplies as "Russia and their mercenaries are bombing and destroying mines". Russia has denied any involvement in the conflict.