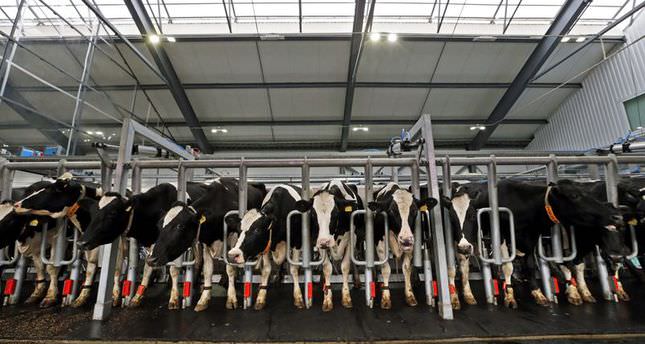 Moscow this month imposed a one-year embargo on meat, fish, dairy, fruit and vegetables from the United States, the European Union, Canada, Australia and Norway in retaliation for Western economic sanctions over Moscow's involvement in the Ukraine crisis.

Agricultural experts from all 28 EU countries have held a series of crisis talks, and agricultural ministers will meet on Sept. 5 to address the issues of finding alternative markets and compensating producers.

Following the latest internal meeting, the Commission, the EU executive, said on Thursday it would pay towards storage costs for taking surplus products off the market for three to seven months.

The support will cover butter, skimmed milk power and certain cheeses. The choice of precisely which ones is still under debate as not all are suitable for the storage, which can alleviate the supply glut.

"In a number of member states, export earnings are being lost and new outlets need to be found. The European dairy sector needs time and help to adapt."

The Commission did not specify the amount of money being set aside for the dairy sector. EU officials, speaking on condition of anonymity, said such measures would have a potential cost of 10 million to 20 million euros.

Earlier this month, the Commission announced it would provide up to 125 million euros to EU farmers to help them cope with a glut of fruit and vegetables, then seen as the most urgent problem.

Under the reformed Common Agricultural Policy, the Commission has a total pot of some 420 million euros to compensate for market disruption.

Producers say the fund will not be enough to offset the damage.

Finnish dairy cooperative Valio alone estimates that it stands to lose 240 million euros' worth of exports to Russia.

In all, EU farm exports to Russia are worth around 11 billion euros annually, or roughly 10 percent of all EU agricultural sales.

Of this, Russia imported EU dairy products worth some 2.3 billion euros in 2013.