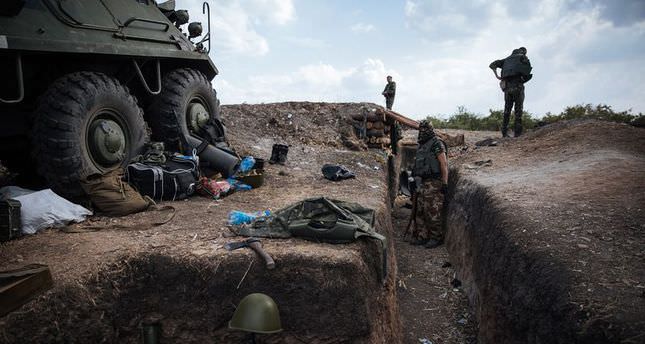 by Aug 28, 2014 12:00 am
More than 100 Russian soldiers were killed in eastern Ukraine in a battle this month while helping pro-Russian separatists fight Ukrainian troops, two members of the Russian presidential human rights council said on Thursday, citing accounts of eye-witness and relatives of the dead.

Ella Polyakova and Sergei Krivenko, both members of the council, said around 300 people were also injured in the violence on Aug. 13 near the town of Snizhnye in Donetsk Province, when a column of trucks full of ammunition they were driving was hit by a sustained volley of Grad missiles.

"A column of Russian soldiers was attacked by Grad rockets and more 100 people died. It all happened in the city of Snizhnye in Donetsk Province," said Krivenko speaking by telephone. Polyakova said she had also been given the same figure, of more than 100, for the number of Russian soldiers killed in the attack.