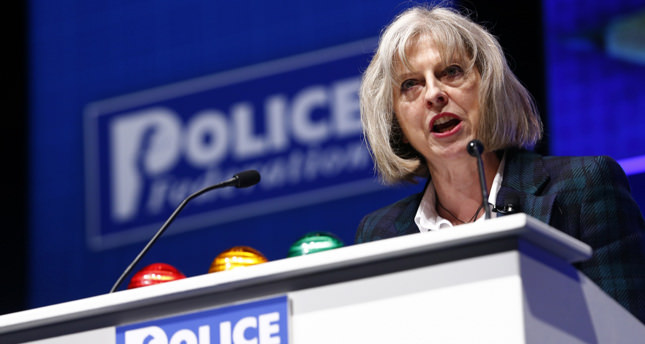 by Associated Press Aug 29, 2014 12:00 am
Britain's Home Secretary Theresa May says the country has raised the terror threat level from substantial to severe, but says there is no specific threat.

The threat level means that a terrorist attack is considered "highly likely," but May insisted Friday there is no information to suggest an attack is imminent. She says higher threat level is related to developments in Iraq and Syria.

Severe is the second-highest threat level.

May says the decision by the Joint Terrorism Analysis Center is made on the basis of intelligence and is independent of government.

Britain has repeatedly expressed concern about British nationals traveling to the Middle East and returning to wage attacks in the U.K.