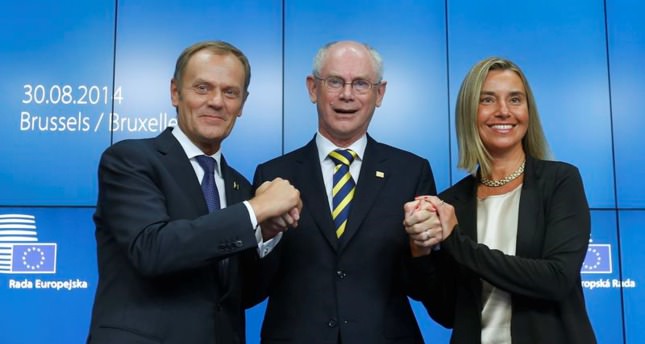 The European Council "elected" Tusk and "appointed" Mogherini to their posts with full endorsement, Van Rompuy said in a press conference in Brussels on Saturday.

"Mogherini will be the new face of the union in our day-to-day dealings with international partners," Van Rompuy said.

Mogherini was being criticized for her inexperience in politics. The Baltic countries did not lean much on Mogherini because they thought Italy's policies on Russia during the Ukraine crisis were not strong enough.

Although Tusk initially felt reluctant to the new duty, he became the ?'most fortunate candidate'' with support from Germany and balances within EU.

?'Don't worry, I will be 100 percent ready within three months,'' Tusk responded against criticism of his English being weak.