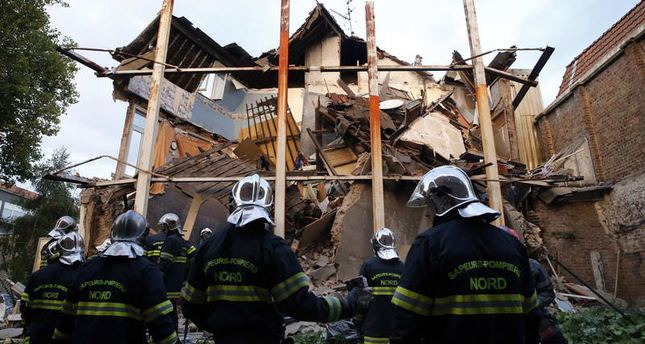 by AA Sep 02, 2014 12:00 am
A mother and child have been found dead in the rubble of their collapsed house in the north of France, French daily Le Monde reported Tuesday.

The 30-year-old woman and her 2 1/2-year-old child were the sole occupants of the small one-story dwelling, which collapsed around 6.30pm on Monday in Fives, a popular district of Lille.

The chief of the rescue team, Frederic Delcroix, told reporters that "there was no gas leak or an explosion," before the house crumpled, adding that it had been "weakened" in the past and supports were installed in the 1990s.

Neighbor Smaali Myriam told Le Monde that she "was at home watching TV when she heard a sound like a truck full of stones turning over."

The Fives mayor office did not reveal any more details when contacted by the Anadolu Agency on Tuesday.