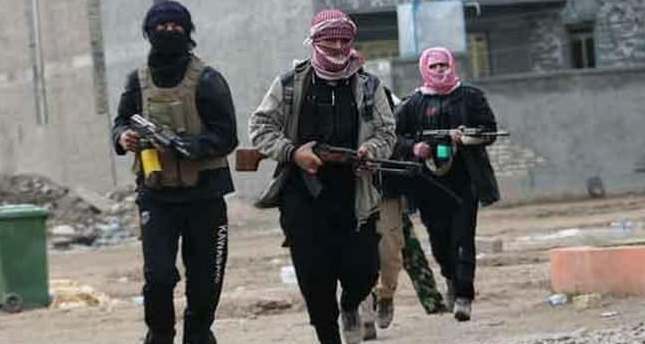 by AA Sep 03, 2014 12:00 am
Britain said it will look at "every possible option" to protect one of its citizens thought to be held by the self-proclaimed Islamic State of Syria and Al-Sham (ISIS) following the release late Tuesday of a video purported to show the beheading of another American journalist at the hands of the militant group.

At the end of the new video, an ISIS militant parades a third hostage, identified as a British man, and threatens to kill him.

"The life of this... citizen, Obama, depends on your next decision," the man says.

British Foreign Secretary Philip Hammond said that the government was doing everything it could for the family of the British hostage, who has asked that his name not be released.


He added that the new developments would not change Britain's "overall strategy" in the region, underlining that the government had been aware of the existence of a British hostage for some time.

"We will look very carefully at the options available to us to support the legitimate government of Iraq and [Iraqi] Kurdistan in defending themselves from the threat of ISIS and if we judge that air strikes could be beneficial, could be the best way to do that, then we will certainly consider them but we have made no decision to do so at the moment."

Fighters from ISIS, who already control parts of Syria, captured the northern Iraqi city of Mosul in June and then surged across the north, taking control of a number of predominantly Sunni cities.

Britain's foreign secretary admitted Wednesday that a previous rescue attempt for the British journalist had taken place but failed.