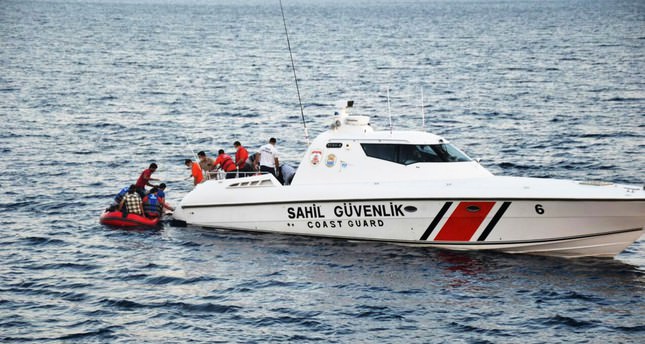 by Sep 05, 2014 12:00 am
Turkey's coastguard rescued 82 refugees who were stranded in a boat marooned for two days off the country's shores, local media reported Friday.

The group of refugees includes Syrians, Afghans and Iranians. Among them were 20 women, including two who are pregnant, and 15 children, the Dogan news agency reported.

The boat was abandoned by its captain about 38 kilometers off the coast of Istanbul after there were technical troubles.

The refugees had been stuck at sea for two days before they were spotted on Thursday by another vessel which summoned help.

According to the refugees, the traffickers had promised to smuggle them into Romania, a European Union member nation.

Turkey has seen an upsurge in recent years in the number of migrants using its territory to try to gain entry to European nations, especially Greece and Bulgaria.

Human rights group have been critical of EU border nations who push back migrants into Turkey.