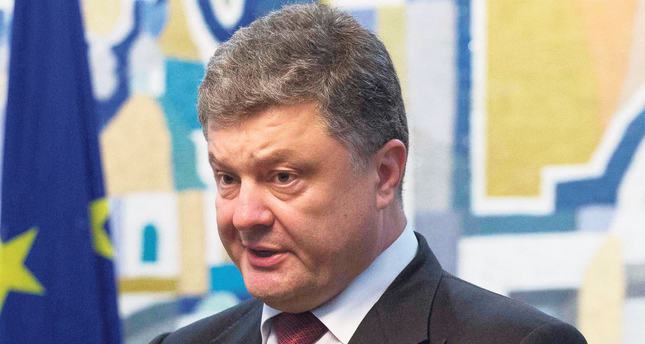 Following the peace talks aimed at negotiating Ukraine cease-fire started in Minsk, Belarus, a preliminary truce deal with rebels has been agreed, signalling a significant breakthorugh in the five-month conflict in eastern Ukraine

Ukraine and pro-Russian rebels signed an agreement on a cease-fire in eastern Ukraine starting at 6 p.m. (1500 GMT) on Friday, Russian news agency Interfax quoted a source close to the talks as saying.Representatives of Ukraine, the pro-Russian separatist leadership, Russia and the OSCE security watchdog began talks on Friday on resolving the Ukraine conflict. Most participants declined to comment to reporters as they arrived for the talks in the Belarussian capital, Minsk, but former Ukrainian President Leonid Kuchma said, "We all came for peace, that's the most important thing - to find a truce."

Ukrainian President Petro Poroshenko said on Thursday he would announce a ceasefire if the talks took place. News that the talks on securing a cease-fire had started pushed Moscow shares up. Fighting began in eastern Ukraine in mid-April and more than 2,600 people have been killed in a crisis that has caused the biggest strains in Moscow's relations with the West since the Cold war ended.

A cease-fire agreed in June ended after 10 days because fighting did not stop, but officials were hopeful any new agreement could trigger steps to secure a more lasting peace after Russian President Vladimir Putin and Poroshenko gave it their backing.The two leaders spoke this week by telephone and said they had reached a level of agreement over a cease-fire, a change of position for Poroshenko whose troops have been beaten back by a resurgent rebel force the West says is supported by Russia. Moscow denies arming the rebels or sending in Russian troops.

Putin also offered a seven-point peace plan which would leave rebels in control of territory that accounts for about one tenth of Ukraine's population and an even larger share of its industry. It would also require Ukraine to remain unaligned.The rebels said they would also agree as part of the cease-fire to allow a humanitarian corridor for aid and refugees. The truce would be monitored by observers from the Organization for Security and Cooperation in Europe.

Before the cease-fire came into effect, pro-Russian separatists continued to battle with Ukrainian government forces near the port of Mariupol in eastern Ukraine as they did not yet received any cease-fire orders, a Ukrainian officer told Reuters on Friday, "Our operations are continuing as scheduled until further orders," the officer in Mariupol said, before the peace talks did not started.

A Reuters journalist saw a number of Ukrainian armoured personnel carriers moving forward towards rebel positions east of Mariupol, a strategic port city halfway between the Russian border and the Russianannexed region of Crimea. Gunfire and artillery fire were heard from the direction of the airport in the rebel stronghold of Donetsk in eastern Ukraine on Friday, hours before a meeting in Minsk was expected to agree on a cease-fire, a Reuters reporter said. "A series of machinery gunfire and repeated artillery blasts can be heard from the wider area of Donetsk airport," said the reporter.

About 2,000 Russian servicemen have been killed so far in the conflict in eastern Ukraine, Ukrainian military spokesman Andriy Lysenko said on Friday, citing intelligence data. It was not possible to independently confirm the figure.Russia denies sending its troops into Ukraine in support of pro-Russian separatists battling the Kiev government's forces.

Kiev and its Western backers say there is overwhelming evidence to prove the direct involvement of Russian troops in the fighting in eastern Ukraine. Moscow said Russian soldiers recently captured by Ukrainian forces had lost their way during a training exercise.