Truce holding up in eastern Ukraine 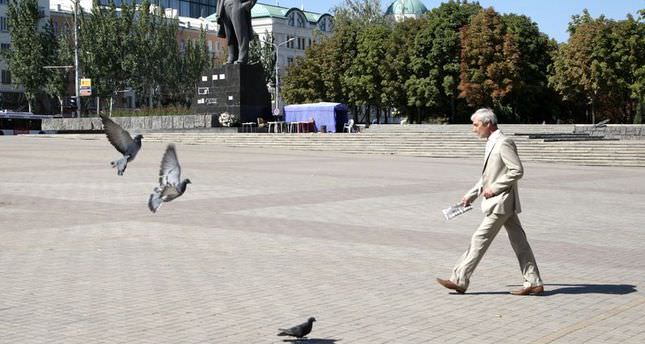 Ukrainian President Petro Poroshenko in an official statement Friday ordered the army to hold the cease-fire while rebels in Donetsk announced on social media that they have stopped engaging with Ukrainian army targets.

"The highest value is human life. We must do everything possible and impossible to terminate the bloodshed and put an end to people's suffering," Poroshenko said.

Over 2,500 people have been killed in Ukraine's restive east since mid-April, according to estimates from the United Nations.

Dmitry Tymchuk, the representative of the Kiev-based Center of Military and Political Research, however, claimed the separatists violated the cease-fire and opened fire on government forces in the Donbas region late on Friday.

Representatives of the self-proclaimed Donetsk People's Republic and Luhansk People's Republic, including Alexander Zakharchenko, Donetsk's self-styled prime minister held talks with Ukraine, Russia and the Organization for Security and Co-operation in Europe.

"The next and crucial step is for it to be it implemented in good faith," NATO Secretary General Anders Fogh Rasmussen said Friday. "It remains to be seen, but so far so good. I hope that this step can be the start of a constructive political process."

Despite the cease-fire deal, which was welcomed by NATO and the Organization for Security and Cooperation in Europe, NATO agreed to "deepen and broaden sanctions" against Russia in banking, energy and in the defense sectors, U.S. President Barack Obama told a NATO summit in Wales on Friday. He said he was "hopeful" but "skeptical" about the cease-fire.

NATO agreed Friday to form a new military force which is capable of being deployed swiftly in a matter of days in response to ongoing tension in Ukraine and in the face of a rise of a radical Islamist insurgency in Iraq.

Meanwhile, the rebel leader of the "People's Republic of Luhansk" Igor Plotnitsky said Friday that the pro-Russian separatists will continue to work to become fully independent from Ukraine. He described the cease-fire as a "compulsory measure" which does did not mean the acceptance of dependency on Ukraine.

Unrest in eastern Ukraine has torn the region apart since April, when Kiev launched military operations in the provinces of Donetsk and Luhansk to restore government control after separatists declared independence in the region. rip and Israel, which, if carried out, would effectively end the latter's seven-year blockade of the coastal territory.