Referendum to determine the fate of Scottish independence 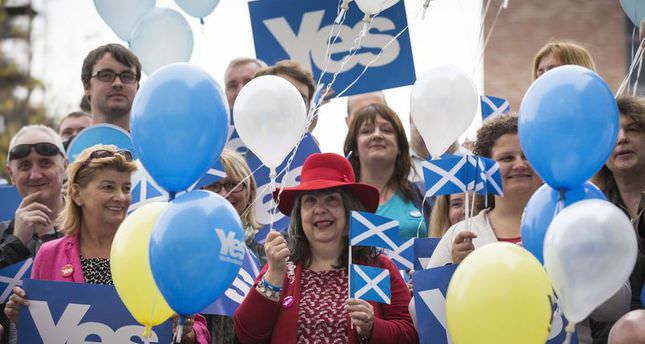 by AA Sep 09, 2014 12:00 am
A new poll published Tuesday on how Scottish referendum voting will go puts both campaigns neck and neck, with just 1 percent difference between the "Yes" and "No" vote.

The TNS poll confirms that there has been a surge in support for the "Yes" to independence campaign - a 6-point increase since last month.

Finance markets were rocked Monday by a YouGov poll in the Sunday Times that suggested that the "Yes" campaign had taken the lead for the first time. At one point in the day the pound (sterling) was at its lowest against the United States dollar in 10 months.

At 11 a.m. GMT Tuesday, the dollar had risen again to just under the year high.

Tuesday's poll puts "Yes" at 38 percent, and "No" to Scotland pulling away from the United Kingdom at 39 percent.

The number of undecided voters remains at 23 percent.

The TNS poll of 990 people was conducted between August 27 and September 4.

The Chief Executive of "Yes Scotland" Blair Jenkins welcomed the TNS poll saying, "This is another breakthrough poll which confirms that 'Yes' has the momentum. Last September the 'No' lead was 22 points - now 'Yes' has surged to draw level at 50/50, and our campaign has the wind in its sails."

"Yes support is rising particularly strongly among women and Labour voters," he added.

The referendum will be held September 18, threatening a union that has lasted for 305 years.