110 flights cancelled due to Lufthansa strike 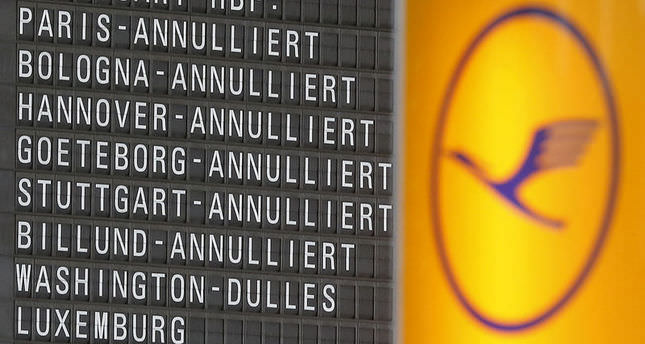 by Daily Sabah Sep 10, 2014 12:00 am
Pilots of German airliner Lufthansa decided to go on a strike on Wednesday which is expected to affect 110 flights from Munich Airport, as an agreement could not be reached within collective bargaining with the airline's management.

Lufthansa pilots also went on a strike in Frankfurt on September 5 2014, cancelling 200 flights and affecting 25,000 passengers.