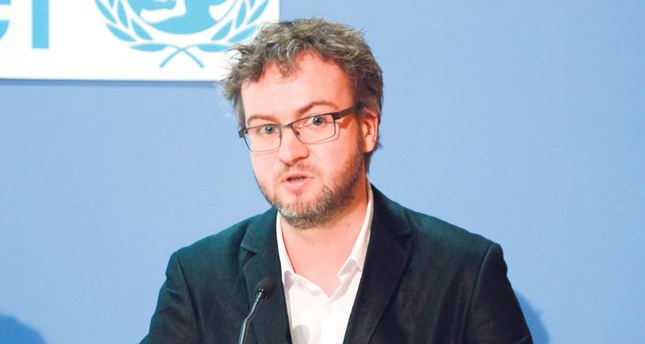 A report released by UNICEF has revealed that refugee children, whose numbers have recently increased, suffer from inequality and have been deprived of sufficient services like health and education

According to a UNICEF report published on Tuesday, refugee children in Germany do not have standards of life equal to their German peers due to discrimination in health and education services. The study, "First and Foremost Children," states that despite the daily difficulties they encounter, refugee children have inadequate governmental support, which is against the principles of the U.N. Children's Convention.

The Federal Association for Unaccompanied Minor Refugees (Bundesfachverband Unbegleitete Minderjährige Flüchtlinge, or B-UMF) was in charge of carrying out the study "Children first and foremost - refugee children in Germany," which was presented on Tuesday at a press conference. One in three asylums seekers coming to Germany are children or teenage refugees according to the UNICEF report. The majority of the 65,000 refugee children are with their families, but there are nearly 2,000 children who reside in Germany without accompaniment. The study concludes that those German authorities in many cases fell below the standards of the U.N. Convention on the Rights of the Child, ratified by Germany in 1992. It indicates that the wellbeing of all people under age 18 must be given priority.

Although child-specific reasons played a major role in flights from their hometowns, the interests of the refugee children rarely played a central role in decisions on the right of residence, according to the study. The fear that children are forcibly recruited, the risk of genital mutilation or forced marriage, the risk of being victims of child trafficking are childspecific reasons for flight. "Legislators and authorities neglect the child's wellbeing often completely, when they decide on residence rights," writes Thomas Berthold, author of the study. In most steps of immigration law, there are no adequate participation opportunities for children; however, children shoulder the heavy burden of uncertainties. They may play the father role in the family when their fathers are unable to receive residence permits. Also, the ability of children to learn the language faster than their family members compels them to deal with authorities as an intermediary. Both situations are overwhelming for refugee children.

The report reveals that bureaucratic obstacles hinder children from accessing medical care and education. "The German Immigration and asylum law restricts children from refugee families' access to education, health care and social inclusion," writes the Managing Director of the German Committee of UNICEF, Christian Schneider. Any investigation requires regulatory approval, and medical intervention is only allowed in cases of acute diseases and pain, ignoring the fact that most refugee children have fled traumatic circumstances and is often in need of counseling. The uncertainty of whether they can stay in the country increases psychological distress for children. "It is our duty to ensure that they overcome their traumatic experiences in Germany the flight to be a child again can," said Christoph Strässer, Federal Government Commissioner for Human Rights Policy and Humanitarian Aid.Enrollment in a German school is also a problem for refugee children because few places in schools are open for them and they lack language-learning opportunities. Also aid organizations for children and teenagers do not perceive refugee children as a target group.

Housing standards also affect a child's wellbeing, as refugee accommodations are criticized in the report. Refugee children are often housed in accommodations that allow them and their families little room for privacy. They often live in crowded multi-family housing in close quarters with strangers -- sometimes for years. Teenagers suffer under these conditions.

In Germany, cities and communities are assigned refugees by the state. Due to federal law, the regulations vary from state to state, which makes the situation confusing.The recognition of the request made by the Federal Office for Migration and Refugees (BAMF) and it aims to coordinate the number of people seeking asylum with number of house plans to provide them.

The total number of initial claims of asylum seekers in Germany in 2000 was 78,564.The applicants came predominantly from former crisis regions, such as the Balkans areas (especially Serbia and Kosovo), Turkey and Iraq. In 2011, during Syria's civil war, 2,600 refugees came to Germany. In 2013 the number of asylum applications was approximately over 110,000: Most are from the North Caucasus, while the second-most asylum seekers come from Syria. The BAMF has calculated that a further 30,000 will apply in 2014.