Economic nightmare coming back to Russia 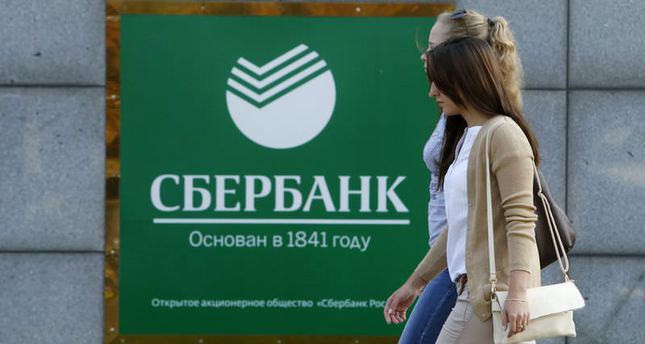 After the Soviet Union collapsed in 1991, Russia suffered a sharp increase in the rates of poverty and underwent a period of economic depression. Many Russian citizens couldn't find goods on the empty store shelves and could be seen lining up for food. However, after Russian President Vladimir Putin came to power in 2000 the conditions started to change. With the help of increasing energy prices, energy rich Russia's economy experienced significant improvement. Russia even began to reclaim its status as a superpower. Russia's annexation of Crimea and involvement in the crisis in Ukraine by supporting separatist rebels in the Donetsk and Luhansk regions are the reflections of its superpower ambitions. But the economic cost is beginning to weigh down on Russia as a result, and the first signs of this situation have become obvious.

First, Russia's largest company, Gazprom, said its first-quarter profit slumped 41 percent on a foreign currency loss and Ukraine's debt for natural gas. Net income dropped to 223 billion rubles ($5.92 billion, TL 13 billion) from 381 billion rubles a year earlier. It could spell disaster for the Russian economy because the Russian economy and state have an extreme dependence on energy – one half of its budget revenues come from taxes and levies on oil and gas. Energy exports currently bring in a quarter of a trillion dollars annually and the energy sector accounts for 20 percent of GDP. Petrodollars enabled Putin to avoid economic reforms that could modernize and diversify the economy. The Russian state will remain dependent on energy as long as Putin remains in power.

In the meantime, another blow from the EU hit Russia yesterday. New EU sanctions against Russia have gone into force, blocking loans for five big state banks and curbing EU business with oil and defense firms. EU nationals and companies may no more provide loans to five major Russian state-owned banks. At the same time, trade in new bonds, equity or similar financial instruments with a maturity exceeding 30 days, issued by the same banks, has been prohibited. The same restrictions have been extended to three major Russian defence companies and three major energy companies.
The aim is to keep pressure on Russia for its role in the Ukrainian war. But the measures could be eased or lifted if the cease-fire in Ukraine holds. Russia says it is preparing a response. Russian Foreign Ministry spokesman Alexander Lukashevich said cars imported from the EU could be targeted. U.S. President Barack Obama said his country would join the EU in imposing tougher sanctions on Russia, targeting the defense, finance and energy sectors and said he would provide details on Friday. The EU and U.S. accuse the Kremlin of directly helping pro-Russian separatists in Ukraine's Donetsk and Luhansk regions by sending regular soldiers across the border, along with sophisticated weapons including tanks, but Moscow denies the allegations. The new EU sanctions added 24 more Russian officials and rebel leaders to a blacklist, subjecting them to visa bans and asset freezes. "They comprise persons involved in actions against Ukraine's territorial integrity, including the new leadership in Donbass and the government of Crimea as well as Russian decision-makers and oligarchs," said a statement from the EU Council, the grouping of 28 member states' governments. "This brings the total of persons subject to sanctions to 119 while 23 [Russian] entities remain under asset freeze in the EU," it said. Russia already has a wide-ranging embargo on food imports from the EU banning fruit, vegetables, meat and dairy produce along with other important foods. The year-long ban also applies to food from the U.S., Canada, Australia and Norway, which have imposed sanctions similar to the EU's. The ruble fell to a new low of 37.57 to the dollar on Thursday after news about the EU sanctions broke and also fell against the euro.

The measures target Russian oil companies Rosneft and Transneft and the petroleum unit of state gas monopoly Gazprom. Their access to financial markets will be restricted – a serious matter for Rosneft, which last month asked the Russian government for a $42 billion loan.
They are banned from "purchasing, selling and providing investment services for or assistance in the issuance of, or otherwise dealing with transferable securities and money-market instruments with a maturity exceeding the following 30 days," it stated in the journal on Friday.
The EU has also halted deep sea and shale extraction projects which Russia needs to extract oil and gas in the Arctic. Additionally, the journal said that Moscow is also prohibited from providing drilling, well testing, logging and completion services, and it has banned the supply of specialized floating vessels necessary for deep water oil exploration and production and shale oil projects in Russia.

Russia reacted angrily to additional sanctions imposed by the European Union. President Vladimir Putin called on Friday for new efforts to strengthen cooperation with China and ex-Soviet republics in Central Asia after the European Union tightened sanctions on Russia over the Ukraine crisis. "I believe it is necessary to further improve the efficiency of our interaction to meet the challenges of the time," Putin said at a summit of the Shanghai Cooperation Organisation, a security bloc, in Dushanbe, the capital of Tajikistan.

Russian Prime Minister Dmitry Medvedev has also warned that Russia might shut its airspace to European passenger jets, a move that "could drive many struggling airlines into bankruptcy." Under these circumstances, ordinary Russian citizens' salaries may be at stake. They may experience tough days ahead just like the days after the collapse of Soviet Union in the 1990s. With EU and U.S. sanctions, Putin's petrodollar golden age may come to an end.