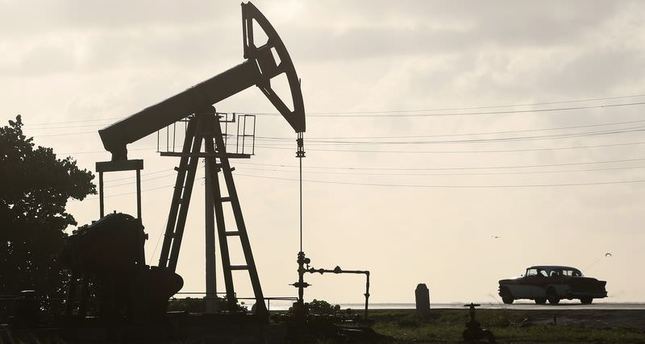 by Daily Sabah with Agencies Sep 12, 2014 12:00 am
The European Union hit Russia with tougher sanctions on Friday, targeting oil and defence companies and adding individuals to a blacklist despite threats of retaliation from Moscow.

The measures hit big name firms such as Russian oil giants Rosneft and Transneft, and arms firm Kalashnikov, maker of the iconic AK47 assault rifle widely used around the world. The firebrand nationalist Vladimir Zhirinovsky is one of several allies of Russian President Vladimir Putin on the list of 24 people hit with travel bans and asset freezes.

The new round of sanctions -- the latest in a series since Russia annexed Crimea in March -- took effect Friday after being published in the EU's official journal. "In view of the gravity of the situation, the (European) Council considers it appropriate to take further restrictive measures in response to Russia's actions destabilising the situation in Ukraine," the order said.

The EU's 28 member states finally approved the sanctions on Thursday after a week of deep divisions about whether they should be implemented despite a ceasefire in Ukraine. But European Council president Herman Van Rompuy said the punitive measures could be lifted depending on a review of the Ukraine truce at the end of September.

Russia is a major trading partner for the EU and many member states, especially in eastern Europe, rely heavily on Russian oil and gas supplies to keep their economies going. Under the new sanctions, oil producers Rosneft and Transneft plus the petroleum unit of gas giant Gazprom are denied access to longer-term finance in crucial European markets.

The sanctions, however, will not apply to the Russian state-owned Gazprom. The EU buys more than one third of its gas from Russia to supply its demand for heat and power, so it cannot afford to impose sanctions on the gas sector. Despite the number of restrictions Europe applies to Russia, it will keep relying on the country, as it prepares for the coming winter heating season. But this's of course valid unless it comes with alternative options to replace Russia.