BBC tells its presenters not to mention Scottish referendum 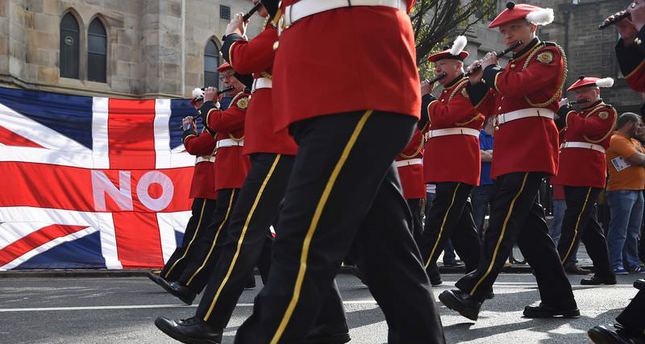 by Daily Sabah Sep 13, 2014 12:00 am
According to British Daily Telegraph, The BBC has told its crew not to mention the Scottish referandum during the event which will be held in Royal Albert Hall this weekend, due to fears that the broadcast could be accused of bias.

Some senior figures in politics and arts suggested that the finale of the Proms' season can remark the unity of UK, however the BBC has told the presenters and stars of the show to avoid mentioning political issues and focus on 'the music'.

There were some rumours in the British media that BBC plans to double licence fees in Scotland if the country says yes in Thursday's referendum and declares its independence.
Last Update: Sep 13, 2014 9:45 pm
RELATED TOPICS