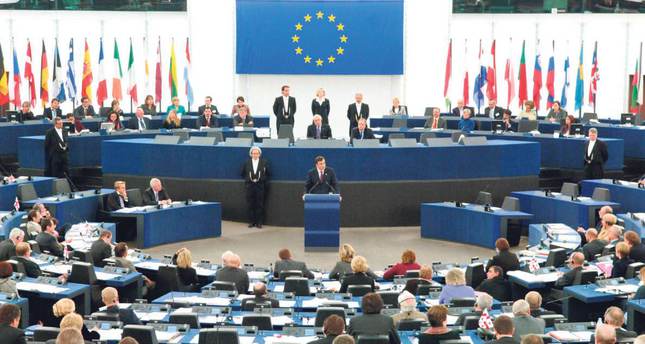 Amid Merkel's call on EU countries to stick to budget austerity, the solid fiscal consolidation of the EU leads to more fragile economies, creating political instability

Austerity measures being pursued by eurozone members has led to political battles over whether the belt-tightening policies have gone too far at the expense of economic growth. The clashes over economic policies have created political turmoil in other states just as they have in France, Austria and Italy as defenders of economic reforms in these European countries call for a shift in eurozone budget discipline.

France is suffering from a stagnant economy and faces growing criticism from dissident ministers over Socialist President Francois Hollande's economic policies. The result was inevitable turmoil in the French government that led to a snap reshuffle of the French cabinet. Austria is also suffering and has been confronted with increasing divisions over how to boost the stagnant economy. Austrian Vice Chancellor and Finance Minister Michael Spindelegger announced his resignation from his posts on Aug. 26, citing growing dissident voices over his refusal to cut taxes.

The internal revolt shows that the stability of the Austrian government could likely be troubled by the imposed economic policies. Italy, the eurozone's third largest economy after Germany and France, and holds the largest public debt, has been showing no signs of improvement as its troubled economy has led government authorities to call for a shift in eurozone budget austerity.

Yet German Chancellor Angela Merkel has called on the eurozone member states to stick to austerity budget rules while stressing the importance of solid fiscal consolidation between all member states in order to create a more unified, and thus stronger, EU. Despite calls for easing fiscal austerity and budget rules, Germany has still been pushing to maintain austerity measures aimed at eliminating unsustainable budget deficits in an effort to revive EU economies. "We know that the situation here [in Europe] is still fragile. We have made important progress in Europe's reform policy," Merkel told the lower house of parliament in Berlin on Wednesday. "But we should take it very seriously when the European Commission has rightly pointed out that scaling back reform efforts is the biggest risk to the further recovery," she said. "That's why the commission is right in keeping up pressure to achieving solid budgets and implementing reforms.

The German government supports the commission in this," she said, while rejecting the easing of EU budget regulations applied to European countries so far. Taking Merkel's push for budget austerity plans into account, France announced that it would not be able to meet the EU target of 3 percent gross domestic product (GDP) by reducing its budget deficit until the end of 2015. "We are asking that everyone takes into account the economic reality we are facing - that growth is too weak and inflation is too low," French Finance Minister Michel Sapin told a news conference in Paris on Wednesday. The French economy has taken hits by austerity measures in keeping with Germany's demands and the EU's goal of reducing deficits.

The stagnant economy during the first quarter of this year showed a slow rate of economic growth and low inflation, according to the French National Institute for Statistics and Economic Research (INSEE) official report released last month. According to the reports, the French economy has been deteriorating as state spending cuts have led to increases in the unemployment rate with 3 million French citizens unemployed. The production and investment rates and consumer price index lowered to 0.3 percent in July 2014. This could indicate that the austerity measure imposed by the Hollande government and EU has led to a catastrophe, not only in France, but in many European countries as well as more cuts in spending have not been able to bring sustainable economic growth.

"We have to give priority to getting out of the [economic] crisis and relegate to second place the dogmatic reduction of deficits, which is driving us to austerity and a continued rise in unemployment," France's former economy minister Arnoud Montebourg said in his speech during a conference about France's economic recovery in Paris, Reuter's news agency reported. As a fierce critic of budget austerity, he attacked the fiscal discipline proposed by Germany, Europe's biggest economy.

"Today, forced deficit reduction is an economic aberration because it aggravates unemployment, a financial absurdity because it makes stabilizing public accounts impossible and a political disaster because it throws Europeans into the arms of extremist parties who want to destroy Europe," Montebourg said.
Last Update: Sep 13, 2014 1:23 pm
RELATED TOPICS