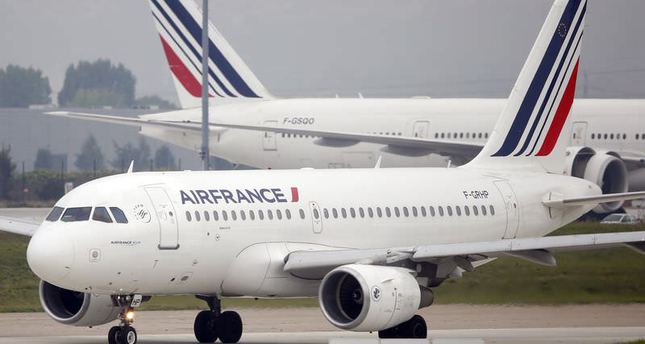 by Daily Sabah with AA Sep 13, 2014 12:00 am
Air France pilots are to hold a week-long strike starting on Monday which will possibly affect thousands of passengers.

Pilot union SNPL called for the strike in protest at cost-cutting measures that include hiring hundreds of new pilots on lower pay.

Air France's strike, which is forecast to be the biggest to affect the flag-carrier since 1998, could cost up to 15 million euros a day, according to Air France's Chief Executive Frederic Gagey.

"About half Air France flights are to be cancelled on Monday," he told France Inter radio on Saturday.

Since Friday, the airline has asked passengers booked on flights between September 15 and 22 to postpone their trips or change tickets.

Lufthansa pilots also went on a strike in Frankfurt and Munich respectively on Sept. 5 and Sept.10, affecting hundreds of flights.