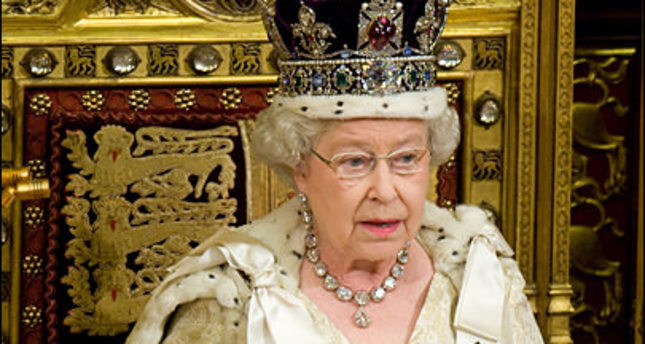 Ahead of the independence referendum, Queen in support of the 'No' vote, warns the Scots of the potential breakup of the U.K. The 'No' vote indicates the last-ditch attempts to keep the Union intact

As Scots approach a possible end to more than 300 years of union with the rest of the U.K., Queen Elizabeth II, who is constitutionally bound to remain above politics, broke her silence on Scotland's independence referendum by warning Scots to "think very carefully for [their own] future."

Before the referendum takes place on Sept. 18, the Queen spoke to well-wishers outside Crathie Church on the final Sunday, supporting a "No" vote in the contest, according to the Telegraph. The monarch made significant remarks on Sunday saying, "I hope everybody thinks very carefully about the referendum this week." "You have an important vote on Thursday," she added while being photographed with a small group of Scots. If the "yes" vote prevails in Thursday's independence referendum, Scotland would still remain a Commonwealth country; thereby protecting its loyalty to the Queen. Yet, the monarch is still concerned over the potential separation of Scotland from the Union.

Ahead of the Scottish referendum, the "Better together" campaign has been continuing its last-ditch attempts to keep the U.K. intact. A sense of urgency in the unionist camp in the U.K. created panic among British party leaders, who all favor defending the "family of nations." British Prime Minister David Cameron was set to hit the campaign trail in Scotland on Monday in an effort to persuade voters to say "no" to independence from the U.K. The British prime minister warned Scots that if they vote yes, there would be significant consequences and there would be "no going back."

Meanwhile, given Scotland's secession from the Union, Scotland's First Minister Alex Salmond outlined "a three-point negotiating plan" that would be applied if the "yes" vote prevails in Thursday's referendum. The plan includes "drafting in a team of specialists to negotiate Scotland's secession from the U.K., drawing in leaders from civic Scotland to feed into the negotiations, and ensuring that all political opinions are represented to "bring the country together," according to the Guardian.

The referendum on Scottish independence will be held on Thursday. Millions of Scots will cast their votes on whether they want to become an independent country or remain part of the U.K. The opinion polls suggest a narrowing gap between "yes" and "no." A "poll of polls," the six most recent surveys made by Strathclyde University, Glasgow, suggests that 51 percent of Scots were against independence while 49 percent were in favor of the "yes" vote. Anyone who is British, from the Commonwealth or an EU citizen who resides in Scotland will be able to vote in the upcoming independence referendum.

However, Scots who are currently living abroad or elsewhere in the U.K. will not be eligible to vote. The voter's age limit has also been lowered.
Anyone aged 16 or over is eligible to vote in the major ballot. If Scotland votes to split from the U.K., Scotland will become an independent country. The Scottish Government would acquire its new status in March 2016.
Last Update: Sep 16, 2014 12:51 pm
RELATED TOPICS