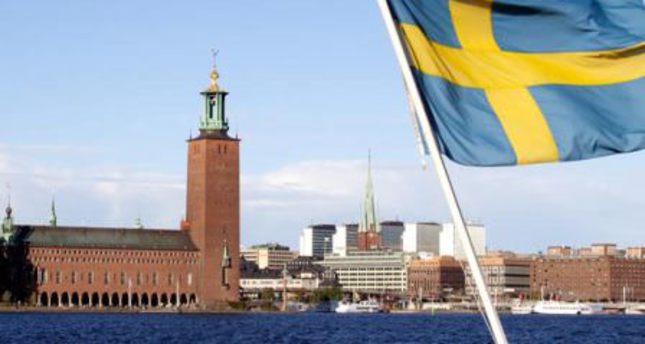 by Daily Sabah Sep 16, 2014 12:00 am
In Sweden, the Social Democrats defeated the center-right government, winning 31.2 percent of the votes in the general elections Sunday. The anti-immigration party, Sweden Democrats, more than doubled their votes to 12.9 percent and became the third party in the elections.

After the eight-year governance of the Moderate Party-led center-right bloc alliance for Sweden, the current election winners, the Social Democrats, are struggling to build a government. The Social Democrats' leader and prime minister-designate, Stefan Lofven is expected to form a coalition with the environmentalist Green Party and the ex-communist Left Party. However, the prospective Red-Green bloc would not reach a majority with 158 seats in the 349- seat parliament, which makes the government forming process more complicated.

Far-right Sweden Democrats leader Jimmie Akesson announced their success: "Swedish friends, party friends, now we're Sweden's third-largest party." The antiimmigration party doubled its seats to 49, from the previous election in 2010 with 5.7 percent of the votes. However, their goal to cut immigration and campaigns against the "mixing of cultures" would not be accepted in parliament because all other parties favor keeping the generous asylum policies, as 80,000 refugees from Syria, Eritrea, Somalia, Afghanistan, Iraq and other countries are expected to arrive in Sweden this year the highest number since 1992.