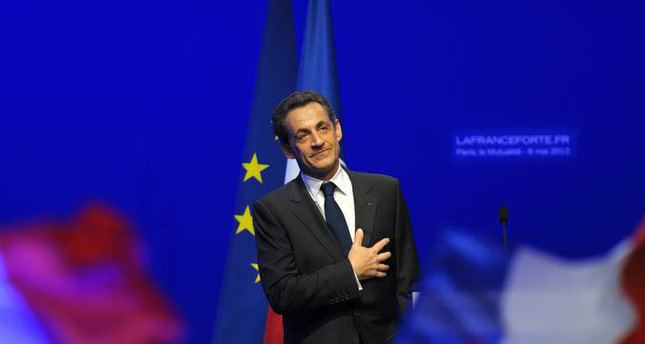 by AA Sep 19, 2014 12:00 am
Former President Nicolas Sarkozy has announced his political comeback on his official Facebook page on Friday afternoon saying that he will run in the 2017 French presidential race as the opposition's Union for a Popular Movement, UMP, candidate.

The former French head of state, who is seeking to win the presidency of his centre-right UMP party which supported him in his presidency in 2007, has announced his long awaited return to politics on his Facebook page.

"After careful consideration, I have decided to offer a new political choice to the French people," he wrote.

"I am a candidate for the presidency of my political family," he said.

In 2012, Socialist Francois Hollande defeated Sarkozy. He commented on Sarkozy's potential comeback at his biannual press conference on Thursday and said: "Those who have governed yesterday and before yesterday have a perfect right to seek to govern tomorrow and after tomorrow. That's democracy."