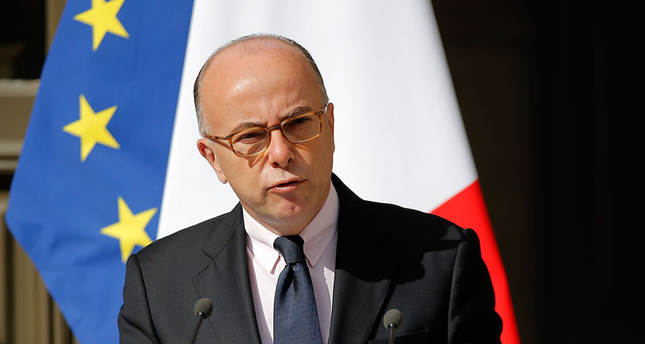 by Anadolu Agency Sep 24, 2014 12:00 am
Three men suspected of links with the self-proclaimed Islamic State of Iraq and Sham (ISIS) in Syria who were deported by Turkey weren't arrested on their return to France as French police waited for them at Paris's Orly airport instead of Marseille.

French media bitterly criticized the French Interior Ministry over a serious security breach as the Ministry had earlier released a statement that the three men were arrested upon their return to France.

Further problems were avoided as the men handed themselves over to the police on Wednesday.

According to the French Interior Ministry, the pilot of a flight to Orly refused to let the men board the plane. The Turkish police arranged another flight to Marseille without informing their French counterparts about the change until after their arrival in France yesterday, the ministry said.

French Defense Minister Jean-Yves Le Drian accused the electronic passport system that should have alerted the police about the suspects at Marseille.

One of the suspects was also accused of links with an attack to a Jewish school in Toulouse in 2012.

The scandal erupted in a period when France and its citizens have been threatened by ISIS militants due to the active French role on the fight against the militant group.
Last Update: Sep 24, 2014 3:19 pm
RELATED TOPICS