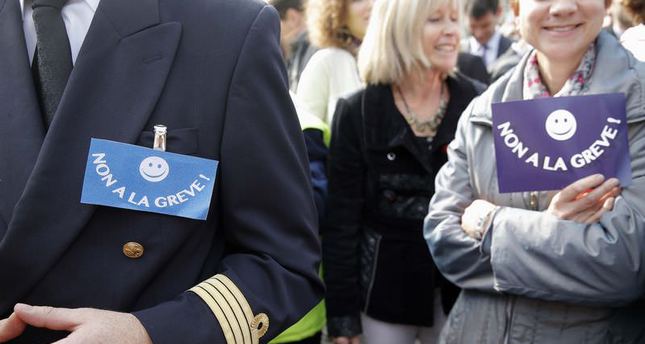 With the strike now in its 11th day and 53 percent of flights cancelled, the unions are threatening the airline company to keep their members out indefinitely unless the expansion is scrapped.

Guillaume Schmid, spokesman for the pilots' main union Syndicat National des Pilotes de Linge (SNPL), told French daily Le Point on Thursday that the airline's offer was "being considered," adding, "In the meantime, the industrial movement continues for the moment."

Air France announced Wednesday that it would scrap its low-cost Transavia Europe plan and instead develop its Transavia France project in a bid to end the French carrier's biggest walkout since 1998.

The action - which began September 15 - was originally scheduled for just one week, but is now being termed as "Indefinite."

The strike has affected tens of thousands of passengers, grounded more than 60 percent of the airline's flights, and is understood to be costing the airline up to 20 million euros (25million USD) a day.

Negotiations between the airline and unions are set to resume Thursday.