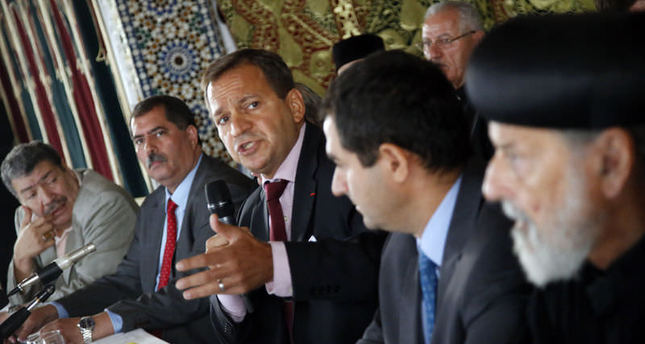 by Daily Sabah with Agencies Sep 26, 2014 12:00 am
Muslims in France are gathering for a demonstration in Paris against extremist violence after the videotaped beheading of the French mountaineer Herve Pierre Gourdel.

Friday's protest comes a day after the main mosque in Paris called for the demonstration against the killings happening in the name of Islam. It also comes in the wake of the launch earlier this week by British Muslims of a social media campaign "#notinmyname" in response to the ISIS's formidable actions.

Many Western Muslims are torn between their fury at the atrocities committed in the name of Islam and frustration that they have to defend themselves at all. The head of the Bordeaux mosque said any demonstration should include all religions.

President Obama had made a similar point in his speech to the U.N. earlier on Wednesday, in which he also disconnected the group from Islam. Speaking of the ISIS's formidable activities, Obama had said, "No God condones this terror."