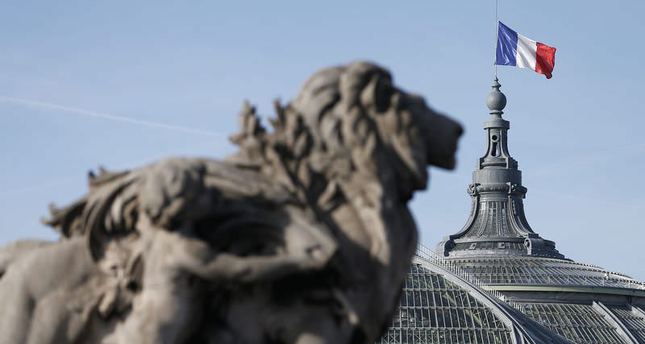 by AA Sep 27, 2014 12:00 am
Three French nationals suspected of having fought in Syria for the militant group ISIS - who found themselves free on returning home after a mix up between French and Turkish police - were brought to a Paris court on Saturday, where a lawyer for one claimed that he represented no danger for the country.

"My client finds it legitimate to be asked for explanations over travelling to Syria, where he doesn't deny he has fought, but he does not present any danger to France," said Pierre Le Bonjour, the lawyer for Abdelouahab El-Baghdadi, according to French daily Le Parisian.

"If he had something to be ashamed of, he would not have gone to the police on his return," he added.

The three men - among them the brother-in-law of Mohamed Merah, alleged to have been responsible for a March 2012 shooting spree in Toulouse in the country's southwest - were arrested in Turkey in August on "residency violations."

Turkey borders Syria, and some of those who sign up with Syrian militant groups have been using Turkey as a gateway.

They were deported to France this week, but managed to walk free after the mix up that saw them arrive at Marseille airport rather than Paris, where French police were waiting.

On Wednesday, they turned up at a French police station, where they can be held for up to 96 hours according to French law.

French lawmakers last week accepted an "anti-terrorism" bill that imposes a travel ban on French nationals suspected of going to fight in countries such as Syria or Iraq. The bill also advocates targeting terrorism on the Internet with the possibility of an administrative blocking of websites that "glorify terrorism."

On Friday evening, a young French national was arrested at Nice airport in the country's southeast on suspicion of returning from a "combat zone," reported French daily Le Point.

Interior Minister Bernard Cazeneuve - on returning from Turkey where he had discussed the miscommunication that saw the three men initially avoid arrest - said Friday evening that the latest arrest "demonstrates the commitment of the Interior Ministry and French justice to do everything possible to protect our citizens."

Cazeneuve has said that an estimated 930 French nationals had gone to Syria or Iraq to fight with militant groups, among them 60 women.