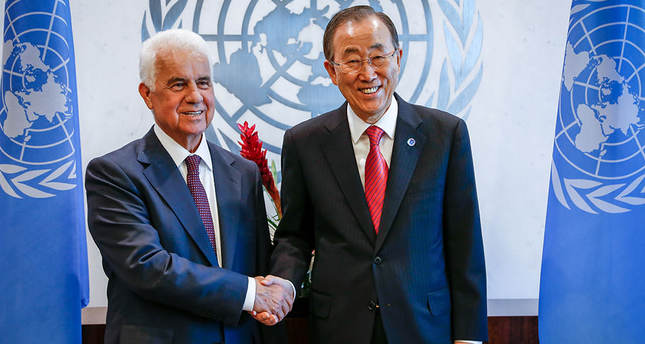 by AA Sep 28, 2014 12:00 am
The Turkish Republic of Northern Cyprus asked for United Nations help to resolve the division of the island, President Derviş Eroğlu said.

Eroğlu told reporters on Saturday that he had requested a summit in Geneva when he met Secretary General Ban Ki-moon in New York last week and asked the UN to get more involved in efforts to end the separation of the island's Turkish north from southern Greek.

He called for greater Greek Cypriot willingness to find a solution. "It has been always the Turkish side who approved the UN agreements for a solution to the issue, while the Greek side has always rejected them," Eroğlu said.

The president said Ban had welcomed the recent agreement between the two sides to move forward in the negotiations, on the basis of the joint declaration endorsed in February.

The island of Cyprus has been divided since a Greek Cypriot coup was followed by a Turkish peace mission to aid Turkish Cypriots in the north in 1974.