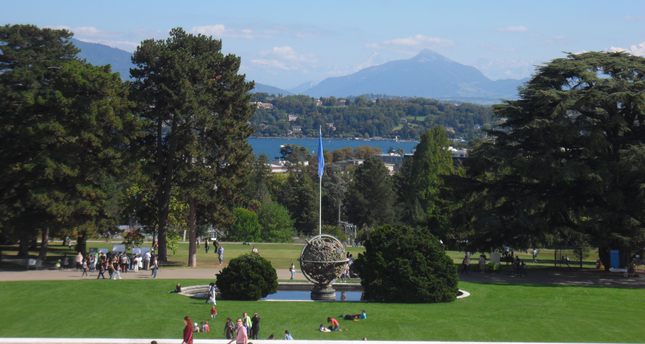 by Daily Sabah Oct 01, 2014 12:00 am
The Geneva municipality cancelled the project of putting up a monument that commemorates the loss of Armenian lives during First World War, in Ariana Park, right next to the U.N. building in Geneva, according the daily Neue Züricher Zeitung.

Although Francois Longchamp, head of Geneva's Cantonal Government, supported the project, he said the statue should be built somewhere less attention grabbing.

The monument has been an issue between Turkish and Armenian communities in Geneva for seven years. The decision came with the Turkish diplomatic channels efforts to cancel the project. Turkish officials were working through with the United Nations and the foreign ministry of Switzerland.

Before that, the monument was planned to be built in an old town in Geneva but the Cantonal Memorial Commission vetoed it.