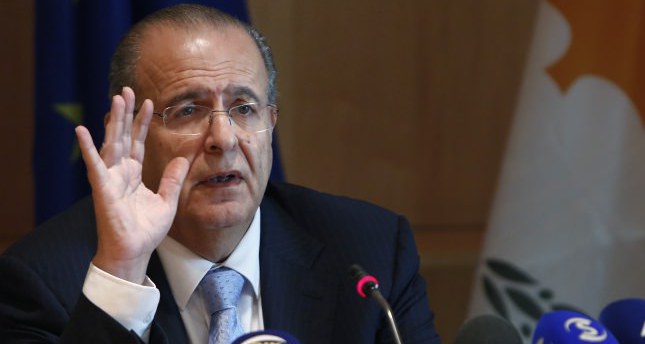 by Associated Press Oct 07, 2014 12:00 am
Greek Cypriot president has suspended talks on reunifying the ethnically divided island in response to Turkey's plans to search for oil and gas in waters where the Greek Cypriot government has already licensed companies to drill.

Christodoulides said Tuesday's decision was the result of what he called Turkey's "provocative" and "aggressive" actions that violate Cyprus' sovereign rights and international law.

Greek Cypriot President Nicos Anastasiades made the decision after consulting with party leaders. Christodoulides didn't say when peace talks might resume, adding that any decision would be made according to developments.

Turkey had said it would search for oil and gas off Cyprus' south coast where a drilling consortium, made up of Italy's Eni and South Korea's Kogas, is now drilling.