French official tells Kurdish Protesters to get out of France 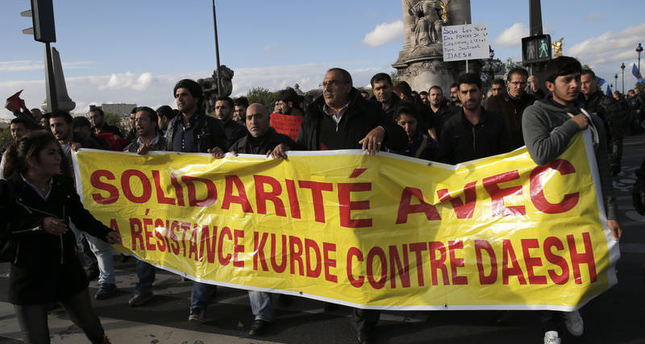 "They should leave Marsielle and go to Syria to battle against ISIS rather than staying here protesting," Gray said.

According to an audio recording released on Daily La Marseillaise's web page published on Thursday, during the meeting between Kurdish delegation and French officials, Gray told the Kurdish demonstrators, "If you want to help your 'brothers' in Syria, go there and battle against ISIS instead you are here, causing trouble in Marseille."

During the meeting, Gray told the delegation, "Get out of France! Your cause does not concern us, instead of ruining Marsielle, leave and help your brothers in Syria." This came after the protestors said they are protesting to raise public awareness to their cause.