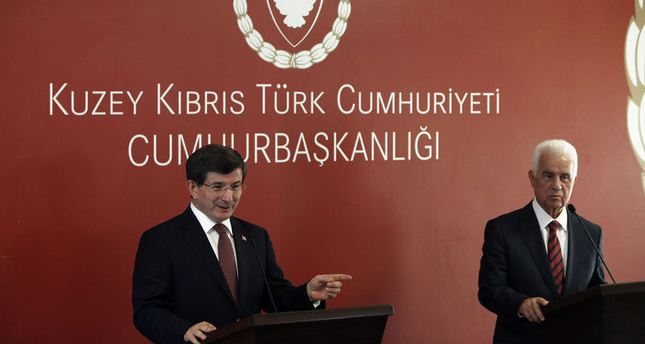 by AA Oct 08, 2014 12:00 am
The Greek Ambassador in Ankara, Kyriakos Loukakis, has been summoned to the Turkish Foreign Ministry following the Greek suspension of peace talks over Cyprus.

The move came Wednesday after the Greek Cypriot administration suspended negotiations over the divided island after Turkey sent a warship to monitor oil and gas exploration off the coast of Cyprus.

The Turkish General Staff warned Monday that it was closely monitoring the drillship SAIPEM-10000, and Turkey warned the Greek Cypriot administration against unilateral moves to extract natural gas and oil without considering Turkish Cypriot views.

Anastasiades said the decision had been made after consulting with party leaders and the negotiator in the talks, Andreas Mavroyiannis.

Dervis Eroğlu, the president of the Turkish Republic of Northern Cyprus, was expected to meet with Anastasiades to move on to a new phase of negotiations on October 9.

The stalled negotiations on Cyprus were resuscitated in February as part of a new initiative to resolve the conflict with both sides' leaders issuing a joint declaration on the path towards reunification.