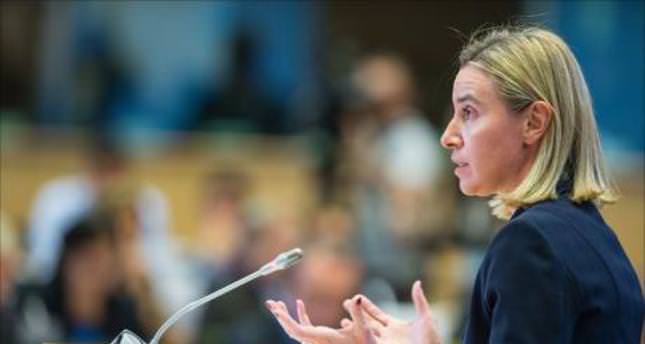 The 2014 enlargement package reflects significant changes, making rule of law the core issue, which all candidate countries have failed to meet according to progress reports

The European Commission introduced a new approach to the 2014 progress report, while placing the rule of law at the heart of accession negotiations for each candidate country. Yet, none of them has so far has been able to meet this criterion.

The move came under the new pretext of "the concept of fundamentals first," bringing chapters 23 and 24 to the center of the accession process.

The 2014 progress reports presented by the European Commission on Wednesday reveal that no significant progress has been achieved by any candidate country wishing to join the EU, as EU authorities are in a pessimistic mood about possible enlargement in the near future. Even if the reports' results were positive for the accession negotiations, this does not mean that the EU would favor an extensive enlargement for at least another five years. European Commission President-elect Jean Claude Juncker wrote in his mission letter on Sept. 10 to Johannes Hahn, the European Commissioner of Enlargement, succeeding Stefan Fule, as enlargement negotiations continue, supporting reform efforts in Western Balkan countries and Turkey, "The next five years will be a period of consolidation, with no further enlargement taking place during our mandate."

The Daily Sabah attended a panel discussion on Tuesday organized by the European Journalism Center (ECJ) over the current state of EU enlargement and the reforms initiated in the progress reports. Considering the key messages, findings and recommendations mainly on fundamental rights and the rule of law, all candidate countries are "still far away" from succeeding in the negotiations.

The general strategy of the accession negotiations is to make an evidence-based analysis, while shifting from paper-based reforms to clear and complete results in the negotiation process. Yet, the progress reports prepared by the European Commission have drawn some criticism as well. Erwan Fourere, associate senior research fellow at the Center for European Policy Studies, stated some of his critiques during the panel discussion concerned the failure of the EU to address the weaknesses of the candidate countries. Regarding the 2012 progress report on Macedonia, he stressed the need for the EU to adapt a new approach in order to be "much more forceful in its messages and much more consistent."

He also stressed the need for much clearer progress reports, as he described the language of the reports as "bureaucratic." "It needs to be in a language that is much clearer and sends out a message in many different ways," he said.

The European Commission adopts an enlargement package that includes a set of documents explaining its policy on EU enlargement and progress reports achieved in each candidate country. The reports reveal the assessments made by commission services over what each of the countries have achieved over the last 12 months. In order to be admitted as a full EU member, each country has to meet the key criteria for accession that were defined at the European Council in Copenhagen in 1993, referred to as the "Copenhagen criteria." The conditions for negotiations are dependent upon the candidate's implementation and enforcement of all current EU rules that are divided into 35 chapters, ranging from the rule of law to transport and the energy sector. Western Balkans countries need to comply with additional conditions for EU accession that were set out in "Stabilization and Association process," as it relates to regional cooperation, enhancing interaction within financial networks and extending the European energy transport network.