Germany will not recognize Palestine before Israel deal 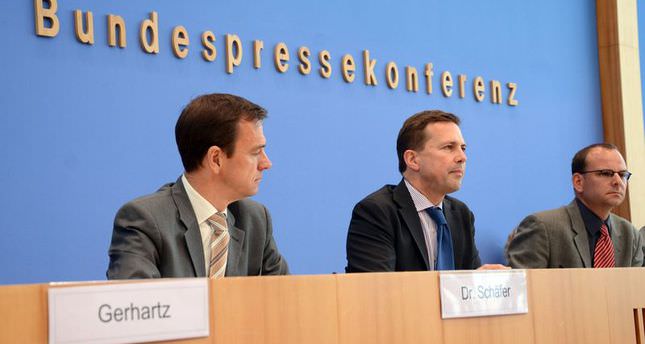 by AA Oct 13, 2014 12:00 am
EU heavyweight Germany has said it will not recognize the state of Palestine before an agreement with Israel is reached.

Underlining Germany's support for a two-state solution to the Israeli- Palestinian conflict on Monday, Foreign Ministry Spokesman Martin Schaefer told a press conference: "For the German government, the step of recognizing Palestine as a state depends on a solution in negotiations with Israel."

EU member Sweden's newly elected Prime Minister Stefan Lofven announced during his inaugural address to parliament on October 3 that his country would recognize Palestine as a state.

The step would make Sweden the first long-standing EU member-state to do so.

Earlier this month, the Palestinian presidency distributed a draft resolution to the representatives of the 15-member states of the United Nations Security Council on ending the Israeli occupation of Palestinian territories by November 2016.