Hollande: Turkey should open its border to help Kobani 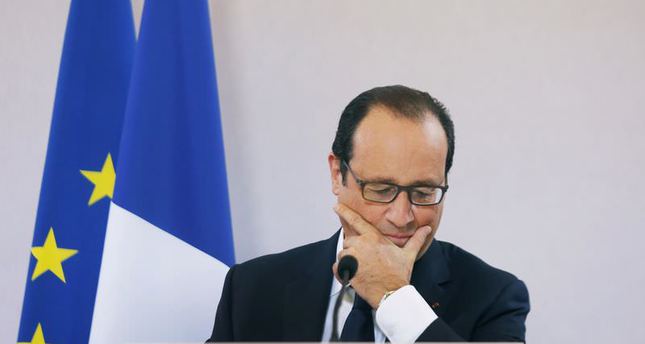 French President Hollande Tuesday urged Turkey to open its border to allow reinforcements to reach the besieged city of Kobani and called for more help to those fighting the advance of ISIS.

Francois Hollande stressed that "all countries concerned", including those not in the coalition fighting the ISIS group, should provide weapons to those battling the militants.

"I think about what is happening today in Kobani, a martyred town, a symbolic town. If we have to intervene, as we decided for France in Iraq, we also have to give the moderate Syrian opposition... all the support, all the help necessary," he said.

"I am launching an appeal here, beyond the coalition, to all countries concerned to give this opposition the support they expect from us, the means they need to fight against terrorism," Hollande said.

"Kobane could at any moment fall into the hands of the terrorists," Hollande said. "Turkey must absolutely open its border" to help the Syrian Kurds defending the town which is under attack from ISIS militants.

Kurdish groups have called on Turkey to allow its territory to be used for passing weapons to fighters defending Kobani.