UN employee dies in Germany due to Ebola 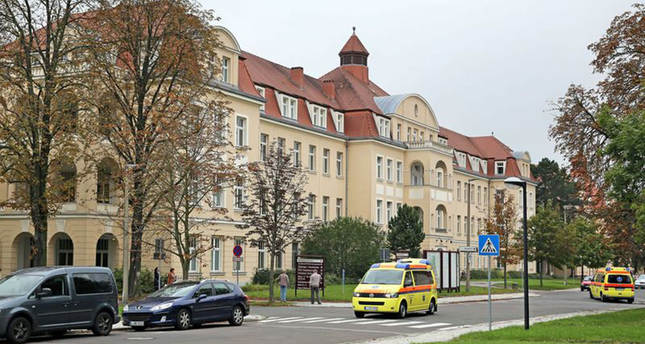 by Oct 14, 2014 12:00 am
A UN employee who was flown from Liberia to the eastern German city of Leipzig after contracting Ebola had died, the hospital said Tuesday.

The 56-year-old man had been sent to St Georg hospital in Leipzig on October 9 for treatment.

"Despite intensive medical measures and the greatest efforts of the medical staff, the 56-year-old UN employee has succumbed to this serious infectious disease," the hospital said in a statement.

He had arrived last week in a modified Gulfstream jet equipped with an isolation chamber, and was met by a medical team in biohazard suits and two ambulances. When he arrived, hospital staff had characterized his condition as "highly critical, but stable."

The hospital has six rooms in its tropical medicine clinic. Hospital authorities said there is no risk of further infection.

Another Ebola patient, from Uganda, remains in a hospital in Frankfurt, and a third, from Senegal, was released in good health from a Hamburg clinic after five weeks' treatment.

The World Health Organization (WHO) estimates the death toll resulting from the worst outbreak of Ebola on record to have reached 4,033.

In Liberia, the hardest-hit West African country, 2,316 people have died. The death toll in Sierra Leone and Guinea stands at nearly 1,000 respectively, according to the latest WHO update.