Turkish cemetery created in honor of soldiers vandalized in Crimea 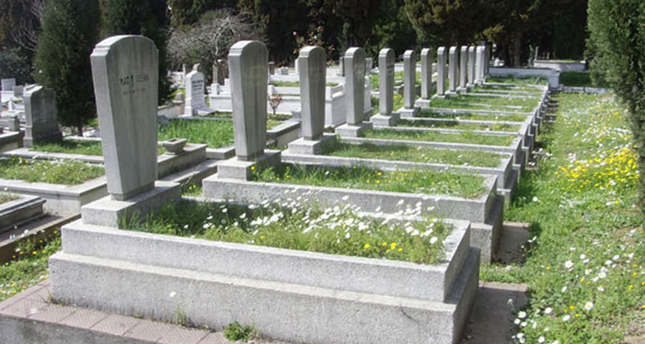 by AA Oct 15, 2014 12:00 am
A cemetery created in the honor of Turkish soldiers fallen during the 19th century Crimean War between the Ottoman Empire and Russia has been attacked in Sevastopol in the Russia-annexed Autonomous Crimean Republic in Ukraine, local activists have said.

The star and crescents on dozen of tombs were demolished and Ukrainian and English signboards on Sapun Mountain directing people to the cemetery were also removed, the Crimean Azerbaijani Association leader Rahim Humbatov said Wednesday.

Lenur Usmanov, another activist from Sevastopol, said repairing the cemeteries would take time and need volunteers.

"I can help for God's sake, because these are the tombs of our Muslim brothers," he said.

Russia annexed Crimea in March following political crisis in Ukraine, after a controversial referendum in the strategic peninsula led to a declaration of unilateral independence and integration with Russia.

About 35 tombs at the cemetery, created in 2004 in memory of soldiers who died in the 1853-56 Crimean War fought between the Ottoman Empire, France and Britain against Russia.

Meanwhile, a statement from the "Russian Interior Ministry Branch in Sevastopol" stated that the removed signboards would be replaced with Russian ones, and the attack on the cemetery would be investigated.