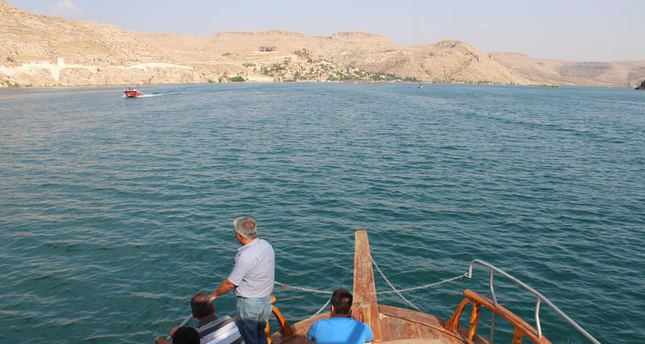 European Commission official, Vittoria Alliate di Villafranca says her mission is preparing Turkey for the process of enlargement for accession

"We have three programs which are environment, transport and regional competitiveness in Turkey. What we are doing here is preparing Turkey for the process of enlargement for accession," she said.

Turkey, which first applied to join the bloc in 1987, must comply with 35 'chapters' setting out reforms needed to become a member. So far, 14 have been opened while 17 remain blocked and a further four are yet to be discussed.

When asked about Turkey's performance as candidate state to join the bloc, Villafranca said Turkey is already doing well although faces difficulties many member states experience as well.

"What is needed is really getting used to the way regional programs can be successful. That means going through the various phases, you can't just jump into a project and get the funding. It is a matter of identifying the needs and objectives."

Support for joining the EU has increased over the last year with 53 percent of Turks supporting accession, up from last year's 45 percent, according to the Transatlantic Trends survey.

The mission lately has financed two projects in Turkey, the Lüleburgaz wastewater treatment plant with a total budget of 14.3 million euros and Ankara-Istanbul High Speed Train Project where EU grant is limited to 136 million euro for the Kosekoy-Gebze section (56 kilometer) of the whole line, which is approximately 500 km, according to EU External Action.