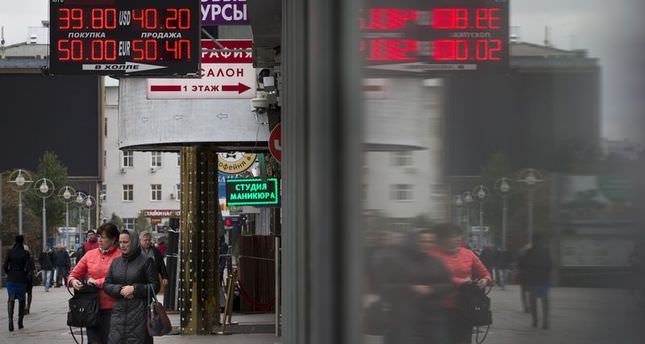 by Oct 16, 2014 12:00 am
More than half of Russians believe their economy will benefit from Western economic sanctions imposed over the Ukraine crisis and from the countermeasures adopted by Moscow, according to an opinion poll published on Thursday.

Only one in four Russians said the measures would be harmful to the economy. About one in four of those polled also said sanctions could pose serious problems for them or their families. The survey was conducted among 1,630 people in 46 regions across the vast country on Sept. 26-29.

President Vladimir Putin has ridiculed the sanctions and has said the ban on Western food imports will boost domestic production and help make Russia more self-reliant.

Putin has seen his personal approval ratings soar since the advent of the Ukraine crisis earlier this year. Many Russians rely for their news on state-controlled media, which has been very critical of the West over Ukraine and supportive of Putin.

However, the sanctions have aggravated Russia's economic woes and economists now forecast stagnation. The rouble currency has hit multi-year lows this week and capital flight in the first half of 2014 topped $75 billion.

The Levada survey showed 41 percent of Russians believe the Western sanctions are aimed against them, not against the country's elite, up from 27 percent who thought this in May.