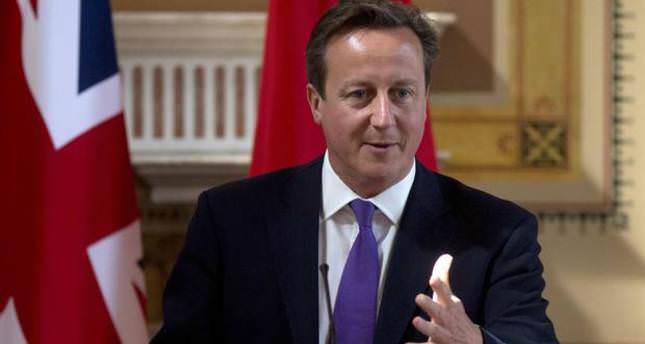 by Daily Sabah Oct 18, 2014 12:00 am
In the face of the growing number of British Muslims traveling to the Middle East to take part in Islamic State in Iraq and al-Sham (ISIS)-led insurgencies, Britain has started taking serious measures to tackle increasing radicalization among British youth. In response to the growing terrorist threat, "exceptionally high numbers of counter-terrorism investigations" have been run by the British police, as 218 Brits have been arrested on charges of terrorism so far, according to a statement released by Scotland Yard's head of counterterrorism, Mark Rowney.

"We are disrupting several attack plots a year. These plots are of varied sophistication, from individuals planning to carry out spontaneous yet deadly attacks to more complex conspiracies, almost all seemingly either directed by or inspired by terrorism overseas," Rowney said.

As part of tackling the terrorist threat, the British government has launched de-radicalization programs with the aim of rehabilitating British fighters returning from battle in Syria and preventing them from becoming radical. Scotland Yard stated, "Sixteen people have been charged after returning from Syria," as 66 British people who travelled overseas to join the fight are reported as missing. About 50 people a week have been forced to attend the de-radicalization programs, British newspaper the Guardian reported on Friday. Regarding the potential risk that such individuals may have become radicalized by extremists, the de-radicalization programs aims to reverse the brainwashing of British fighters. Several types of de-radicalization programs with mentorships and counseling have been used in order to challenge the threat posed by the militants. The Al Furqan program is applied to prisoners in an effort to change their view of Islam through religious teaching by imams. The Healthy Identities Intervention program offers a psychological approach in order to counter the allure of extremist ideologies. The channel program targets residents identified as being at risk of falling to extremism before they become terrorists.

On Tuesday, British anti-terrorism police arrested six people, including the parents and brothers of a British man who was killed during violent clashes with ISIS militants in Syria.

Apart from the United Kingdom, many European countries including Germany, implement de-radicalization programs as part of counter-terrorism operations in order to keep terrorist threats away. Ever since the rise of ISIS, European countries have been increasingly suffering from becoming ISIS-recruiting hubs. The increasing number of Europeans who have fought for ISIS militants in Syria and Iraq has led to growing concerns. It is believed that there more than 3,000 Europeans have joined Islamist fighters in Syria and Iraq as of October 2014, on the basis of EU counter-terrorism chief Gilles de Kerchove's statement on Sept. 23.