Russian artist cuts off his ear during protest action 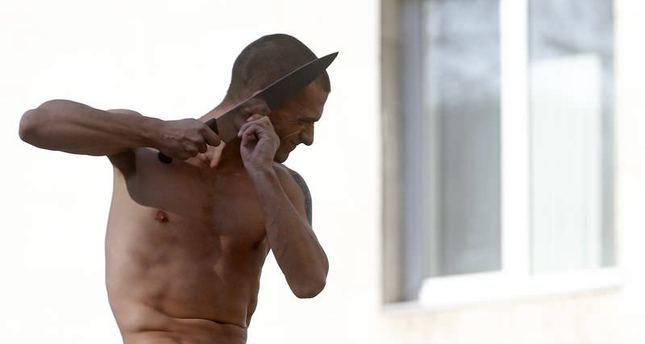 The Russian artist Pyotr Pavlensky who nailed his scrotum to Red Square last year cut off his earlobe this time during his protest action titled "Segregation" in Moscow Oct. 19.

The artist reportedly sat naked on the wall of the Serbsky State Scientific Center for Social and Forensic Psychiatry, an institution which received negative publicity in the past for declaring Soviet political dissidents mentally unstable, and then cut off his earlobe.

Pavlenskiy reportedly said that with his act, he tried to show how people unwanted by the authority were "cut off" from society through psychiatric and medical diagnoses.

The police then took the political activist away following his protest.