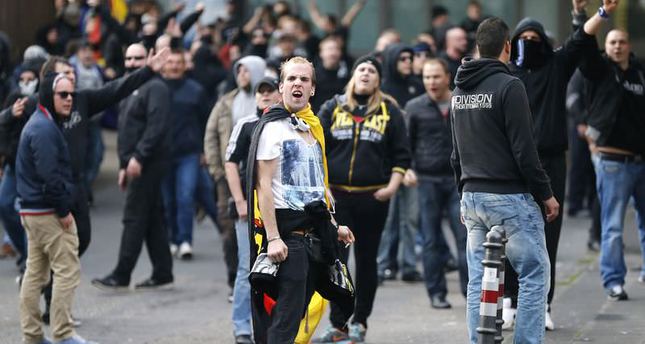 Around 2,500 hardline football fans and far right extremists from across Germany had massed under the banner "Hooligans against Salafists" in the city of Cologne, drawing some 500 leftist and anti-fascist counter protesters.

At least 13 German riot police were reportedly injured Sunday in the clashes, with six people arrested.

About 1,000 police officials were reportedly at the scene.

Salafi movement is a sect within Islam that takes its name from the term salaf used to identify the earliest Muslims, who, its adherents believe, provide the epitome of Islamic practice.