US warns Russia to not back separatist vote 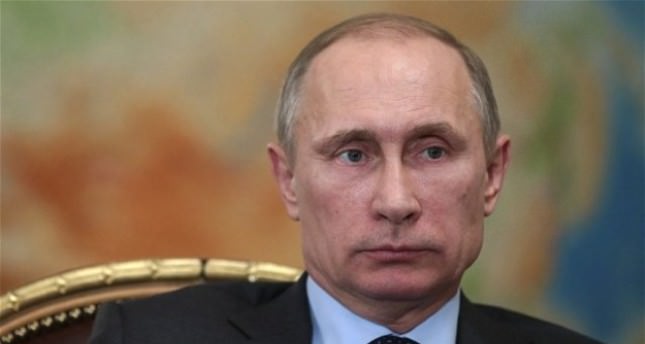 by Daily Sabah Oct 29, 2014 12:00 am
United States Secretary of State John Kerry warned Russia on Wednesday that Russia's recognition of the separatist election planned by the pro-Russian rebels in the restive eastern Ukraine would breach international law. The self-proclaimed people's republics of Donetsk and Luhansk will hold an election to choose their regional leaders and parliaments on Sunday.

Regarding the last Sunday's Kiev-run polls, Kerry stressed the importance of respecting Ukrainian's free will to choose the legislative assembly. "This would be a clear violation of the commitments made by both Russia and the separatists that it backs in the Minsk agreements," said Kerry.

"The United States along with the rest of international community will not recognize so-called separatist elections unless they happen within the framework of the special status law passed by Ukraine's parliament and signed by [Ukrainian President] President Poroshenko," he added.

Meanwhile, Poroshenko's party of claimed victory on Wednesday in Sunday's parliamentary elections, while the pro-Russian separatists in the eastern region are preparing for the elections that the Kiev government rejects.

"We are the leaders with the support of the absolute majority of Ukrainians," Volodymyr Groysman, a leader of the Poroshenko Bloc, said in Kiev, the Interfax Ukraine news agency reported on Wednesday.

Russian authorities announced on Tuesday that the Moscow government will recognize separatist elections held in two rebel-controlled regions in eastern Ukraine, a move that would presumably "undermine the [peace process] on de-escalation and peaceful resolution" that was agreed under the Minsk protocol of Sept. 5 and the Minsk memorandum of Sept. 19. Regarding the simultaneous polls in the self-proclaimed people's republics of Donetsk and Luhansk, "We are counting on it being a free vote and that it will go ahead unhindered," Russian Foreign Minister Sergei Lavrov said in an interview on Tuesday, as reported by the AFP news agency. The Russian minister also said that the separatist elections would be an important step on the path toward legitimizing the authority of the Donetsk and Luhansk region.

During Sunday's general election, three million people living in eastern Ukraine did not cast their ballots, as no polling booths were allowed to be placed in the rebel-held areas. As a signal to the Ukrainian government, the separatist authorities in the Donetsk and Luhansk areas changed the clocks and adopted Moscow time on Sunday, AFP reported.

The pro-Russian rebel groups rejected a law granting self-rule to the rebel-held eastern region that was approved by the Ukraine parliament in September as part of a peace deal aimed at ending the months-long separatist fighting. The rebels backed by Moscow have been seeking full independence. They declared their autonomy in May through holding an independence referendum, which was not recognized by Kiev government.