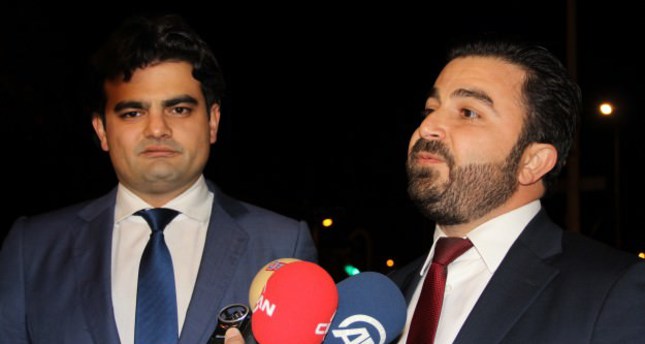 by daily sabah Nov 18, 2014 12:00 am
Two Dutch MPs of Turkish origin, Selçuk Öztürk and Tunahan Kuzu, who were expelled from the Dutch Labor Party, announced on Tuesday that they will continue to serve in the parliament under a group named 'Kuzu-Ozturk' and be the voice of those millions of people in Holland who think they are not represented in the Dutch parliament.

Kuzu and Öztürk were asked to leave the party after they refused to apologize for critical remarks on the integration policy of Dutch Labor Party (PvdA) Deputy PM, Lodewijk Asscher, and accused him of planning to step up surveillance on four Turkish religious organizations in the Netherlands which he said he felt were "hindering integration."

Asscher claimed that the Turkish organizations were too introverted and focus too much on "strengthening the Turkish-Islamic identity" and this situation could lead to a "departure from Dutch customs, norms and values."
Last Update: Nov 19, 2014 10:11 am
RELATED TOPICS