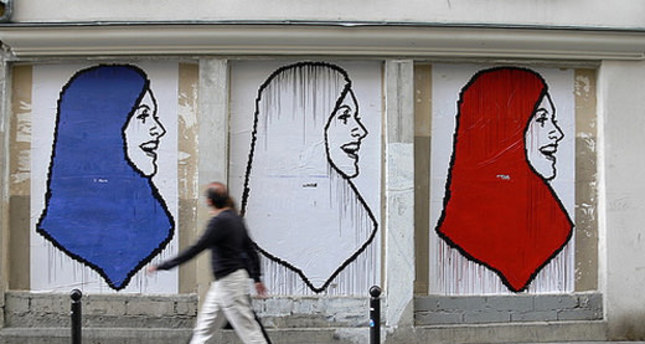 French national education aims to prevent religious radicalization among young school children. Yet, it stigmatizes them based on their appearance

A new document entitled "Prevention of radicalization in schools" sent to the French school administration aims to prevent religious radicalization among French youths. However, it has provoked strong criticism from parents as the document signals growing Islamophobia in French society, and significant intolerance toward the Muslim community.

The document demands that teachers identify students who have a tendency toward radicalization. Teachers are also required to notify school administrators and the French government to keep those students on track. The criteria for suspicion include "an uncut mustache," "Muslim clothing" and "weight loss due to intense fasting." Apart from severe restrictions on appearances, it also includes a point on the "political rhetoric" that students develop in their homework on issues related to Palestine, Syria or Iraq, or religious issues.

The document was reportedly prepared by a team of education specialists and French police forces during the former Nicholas Sarkozy's presidency in 2009 as a response to growing security and safety concerns towards Muslim communities in French society.

The document has received growing criticism from both teachers and some teachers' associations, as many believe that what the document demands from teachers would only lead to stigmatizing young people on the basis of their opinion or appearances. "The school has a role to play in preventing sectarianism among French youth. This requires reasoning…not this kind of simplistic stigma," said Magali Espinasse, as reported by Franceinfo. "We need clarification of how the document was written and distributed," she added, stressing the ambiguity of the document.

"The extract of the document is not yet complete. We need to analyze the complete document in order to reach a final decision," France's Minister of Education, Najat Vallaud-Belkacem said. Belkacem was targeted by a French far-right magazine 'Minute' because of her religious and ethnic background in October. As a Muslim woman, she was on the receiving end of harsh criticism; mainly racially-motivated verbal attacks.

As xenophobia and separatism increases within French society, the far-right party, the Front National has gained significant ground in French politics. A strong showing by parties on the right in the municipal, European and lately Senate elections is a sign of a growing nationalist trend among French people, while anti-Muslim sentiment is increasing among the majority of French people.

France is home to the largest Muslim population in Europe, with an estimated over 8 million Muslims having suffered from increasing intolerance due to the fear prompted by ISIS militants. With regards to ISIS's effective recruitment drive, France, after Britain, is the most problematic country in Europe, as growing numbers of French citizens, mostly from immigrant backgrounds, have gone to Syria and Iraq in order to join ISIS militants. A poll conducted by ICM (Institut de la Communication et des Medias) in August analyzed the growing sympathy among French citizens towards ISIS. It was revealed that 16 percent of French citizens have positive attitudes towards ISIS. The percentage was even higher among younger French people. This indicates that a majority of young French people are either unemployed or socially isolated, with immigrant origins, tending to join the militants drive, even so far as to form an ISIS Europe wing.

Muslims in France are mainly of North African descent, having arrived in France in the wake of Africa's decolonization from the 1950s onwards. The 1970s 'regroupement familiale' policy welcomed the families of migrant workers. Many young Muslims who grew up in France have been highly affected by massive unemployment and rampant social problems.