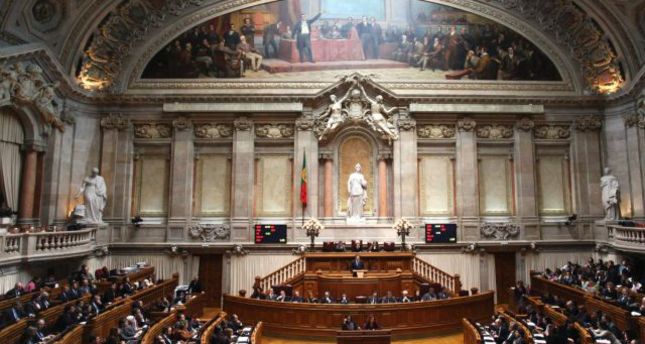 by Dec 12, 2014 12:00 am
The Portuguese parliament Friday adopted a recommendation calling on the government to recognize the Palestinian state, drawing votes from the majority and opposition.

The motion, filed jointly by the ruling center-right majority and the opposition Socialist party, proposes "recognizing, in coordination with the European Union, the state of Palestine as independent and sovereign."
Last Update: Dec 12, 2014 6:36 pm
RELATED TOPICS