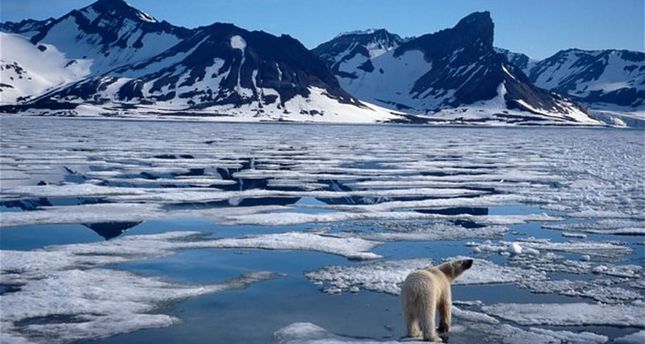 by AA Dec 16, 2014 12:00 am
Denmark claimed part of the resource-rich Arctic Ocean north of its autonomous dependent territory of Greenland on Monday, challenging the territorial claims of Russia and Canada.

"The submission of our claim to the continental shelf north of Greenland is a historic and important milestone for the Kingdom of Denmark," Foreign Minister Martin Lidegaard said.

Denmark's claim is based on the argument that the Lomonosov Ridge, a major submarine ridge of the Arctic Ocean, is an extension of Greenland.

Under international law, countries with territories near the Arctic Circle - Canada, Denmark, Norway, Russia and the U.S. - are entitled to a continental shelf extending to a distance of 200 nautical miles from their coast.

Claims beyond that distance, however, must be supported by scientific and technical data.

The five nations agreed that a UN panel, the Commission on the Limits of the Continental Shelf, would settle territorial disputes.
Denmark becomes the third country asserting rights over the Arctic territory after Russia and Canada.

"The Kingdom of Norway's continental shelf beyond 200 nautical miles overlaps the area of the Danish/Greenland submission. In addition, there is potential overlap with Canada, the Russian Federation and the United States of America, respectively," read a statement from the Danish UN mission.

"It is difficult to predict when the consideration of this Danish/Greenland submission will be initiated," it said.
Last Update: Dec 16, 2014 11:57 am
RELATED TOPICS