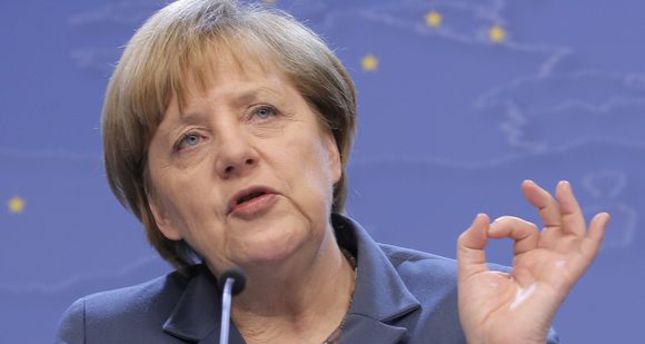 by Daily Sabah Dec 17, 2014 12:00 am
German Chancellor Angela Merkel made significant remarks on Monday, responding to the sharp rise in far-right anti-Muslim groups that has led to demonstrations against immigrants by the Dresden-based right-wing group Patriotic Europeans against the Islamization of the West, or the Pegida. "There is no place for agitation and defamation against immigrants who came to us from other lands," said Chancellor Merkel, stressing the need to struggle against increasing hatred toward the Muslim community in Germany, which is home to 4 million Muslims in a total population of nearly 81 million, the largest Muslim population in western Europe after France.

Germany had previously witnessed anti-Muslim demonstrations centered in the eastern city of Dresden. Up to 10,000 people gathered in Dresden chanting anti-immigration and anti-Islam slogans to protest the growing number of refugees with different ethnic backgrounds coming to Germany. Following anti-Muslim demonstrations, more than 15,000 people took to the streets of the western German city of Cologne on Sunday to protest the growing hatred toward the Muslim population.

Far-right anti-Muslim groups have become more prominent in Germany with more people starting to consider Islam a threat to their society. In the face of the growing number of refugees and asylum seekers in Germany, and the threat posed by radical militant group the Islamic State of Iraq and al-Sham (ISIS), many Germans have been fueling anti-immigration sentiment while calling for more restrictive immigration policies. "The politicians in Germany have lost touch with the people and that is why they cannot comprehend what is happening here," Lutz Bachmann, the 41-year-old gravel-voiced leader of the movement, said to Reuters, while questioning German government immigrant policies. A survey conducted by TNS for Der Spiegel magazine, published on Sunday, suggested that many Germans favor a tough stance on immigration. Right-wing parties have long been critical of immigration policies in Germany while favoring the full integration of Muslims into German society.

Far-right principles, anti-immigration sentiments and nationalism have found significant support among many Europeans over the past few years. The devastating effects of Islamophobia in Europe are still fresh in the memory after a Norwegian gunman, Anders Behring Breivik, a right-wing extremist who hated Muslims, killed 77 people in Norway in July 2011, providing an indicator to the potential threats posed toward Muslims in Europe from far-right extremists.

The number of anti-Islamic groups operating in many European Union member states has been gradually increasing. As more anti-Muslim far-right groups gain ground within EU states, fear grows among refugees and Muslim communities. Many far-right groups in several European countries have been actively operating while further promoting hatred toward Muslims. The English Defense League (EDL) is one of the far-right anti-Muslim organization based in Britain. "Individual Muslims may well have plenty to offer, but there is much about Islamic culture that we cannot stay silent about. We are committed to countering extremism, wherever it is found and we will guard against anything that would threaten our diverse and tolerant nations," said the far-right organization in an online statement released as Memorandum of Understanding.