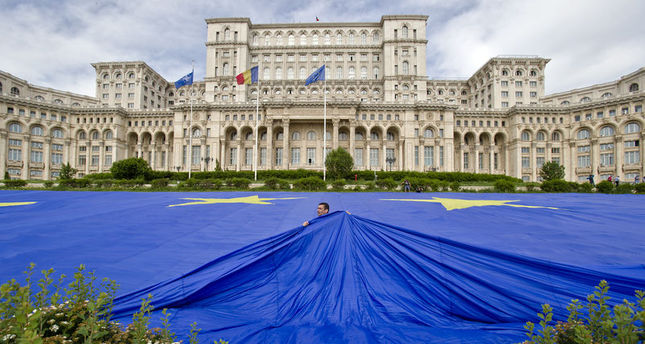 by Dec 18, 2014 12:00 am
The European Union banned investment in Crimea on Thursday, halting European help for Russian Black Sea oil and gas exploration and outlawing European cruise ships from calling at Crimean ports.

The new measures, which EU governments have signed off on and will take effect on Saturday, reinforce the EU's policy of not recognising Moscow's annexation of Ukraine's Crimea region in March.

EU leaders, who meet in Brussels later on Thursday, will pledge to keep up pressure on Russia over its role in Ukraine despite Russia's currency crisis and ailing economy, diplomats said.

The EU is outlawing investment in Crimea, preventing Europeans and EU-based companies from buying real estate or companies in Crimea or financing Crimean companies, the bloc said in a statement.

As Reuters reported on Dec. 10, the new measure bars EU companies from exporting goods and technology used in the exploration and production of oil, gas and minerals in Crimea as well as for the transport, telecommunications and energy sectors.

Companies will no longer be allowed to offer tourism services in Crimea. European cruise ships may no longer call at ports in the Crimean peninsula, except in an emergency.

The measure applies to all ships owned or controlled by a European or flying the flag of an EU member state. Existing cruise contracts may be still be honoured until March 20.

The 28-nation EU has previously banned the import of goods from Crimea and barred new investment in infrastructure projects in the transport, telecommunications and energy sectors and investing in oil and gas ventures.