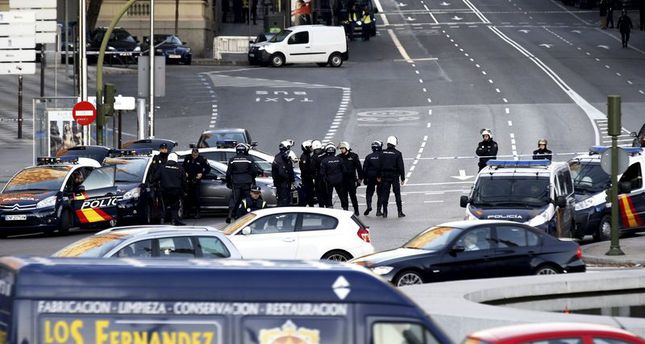 by Dec 19, 2014 12:00 am
A Spanish businessman drove a car containing gas cylinders into the headquarters of Spain's ruling People's Party on Friday, triggering a major police alert, an official spokesmen said.

Police used dozens of police cars to shut off the central Madrid Street where the PP building stands. Bomb disposal experts were examining the car as a precaution, a police spokeswoman said.

No one was injured in the incident, according to an emergency services spokesman.

According to a government spokesman, the driver of the car was a Spanish businessman who had lost his property.
The man has been arrested.