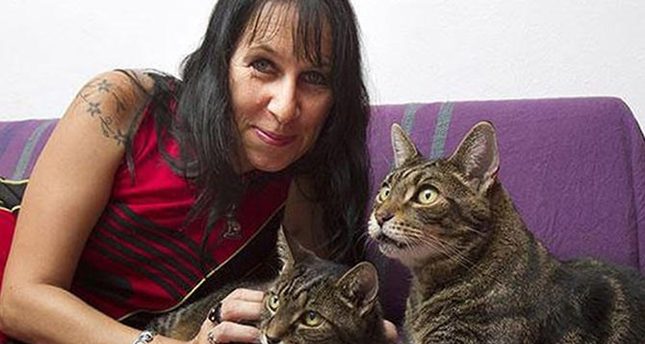 Barbarella Buchner, 48, married her two cats, after a seven year relationship ended with her boyfriend (human), the daily Sun – a tabloid newspaper published in the United Kingdom – reported on Thursday.

The marriage was even "certified" by a website aiming to help people tie the knots with their pets.

Barbarella reportedly said, "Some people call me a bigamist for marrying two cats, but why shouldn't I?" adding that her loved ones have to accept her the way she is.

The cat's names are reportedly Lugosi and Spider. The three of them had a honeymoon in the Spanish town of Lanzarote, the Sun reported.