France to extend military presence in cities after attacks 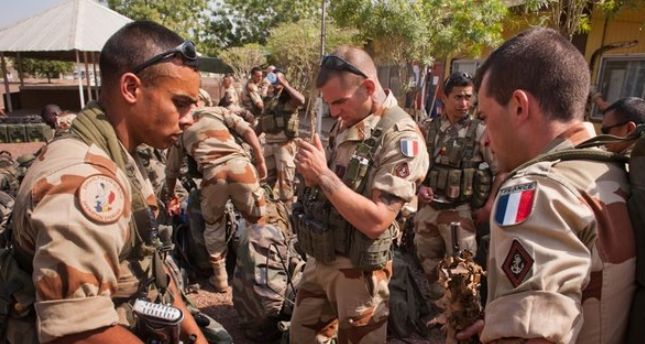 by Daily Sabah Dec 25, 2014 12:00 am
Following a string of attacks, which left 20 people injured in a number of different French cities since Saturday, up to 300 additional military troops are to be deployed on the streets to boost security across the country. The increasing military presence across the country demonstrates France's willingness to take tough measures to keep citizens safe in an effort to maintain peace and security within the country. With France being hit by social tension between Europeans and migrant communities, which has resulted in repeated widespread urban violence and civil unrest, French Prime Minister Manuel Valls voiced his concern over militants' attacks on French citizens saying that "There is a terrorist threat in France." The French premier told a news conference in Paris, "It is undoubtedly the main challenge of our time," he added.

Late on Monday, a van burst into a Christmas market in the western French city of Nantes, leaving one dead. The Nantes van attack came after a similar attack in the eastern city of Dijon, where 13 people were severely injured on Sunday while the assailant shouting "God is great" in Arabic. The man responsible for the brutal attacks was reportedly suffering from a mental illness. Another attack occurred in the central town of Tours on Saturday when a man reportedly committed brutal attacks against police and passersby.

The attacks have helped launch a stream of anti-Muslim rhetoric in the country with a French television presenter, Eric Zemmour, calling on the government for the mass deportation of an estimated five million Muslims. Zemmour said he believes that the Muslim population is the main factor for the social unrest in France.

France, like many other European countries, has witnessed growing Islamophobia and a significant growth in intolerance toward the Muslim community. The threat posed by many French militants affiliated with the radical Islamic State and al-Sham (ISIS) has led to growing hatred toward Muslim society. With the rise of far-right extremism, peace and solidarity has slowly eroded in French society.

As xenophobia and Islamophobia increases within French society, the far-right party Front National has gained significant ground in French politics with its anti-immigrant policies. The strong showing for far-right parties in the municipal, European and recent Senate elections is a sign of the growing nationalist trend among French people as anti-Muslim sentiment develops among the majority of French people. France is home to the largest Muslim population in Europe, with an estimated eight million Muslims living there.